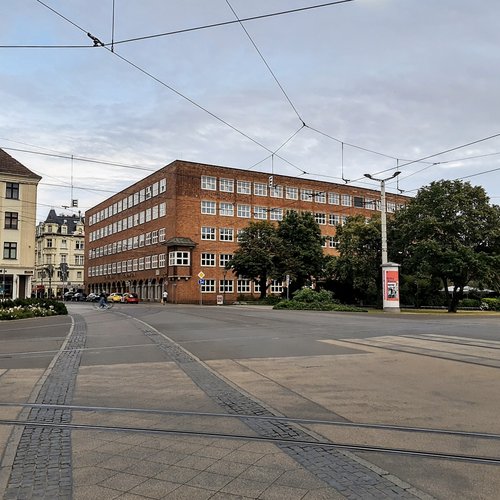 The reconstruction of the town hall in 1966 made it appear more modern.

In 1934 this town hall was built completely differently. It featured three and four storeys, a gable roof and high gables. In 1966, the reconstruction of the completely burnt-out house began. It was decided to raise it to five storeys and to add a flat roof.
Original distinctive features of the house are the concave south facade and the convex west side. Moreover, at the corners of the south facade the clinker bricks were placed in a zigzag pattern, creating an exciting effect. In the area of the second floor, two crabs are depicted on the south and east sides, the city's heraldic animals.
Originally, there were more sculptures on the building. They served as a reference to the craftsmen's tradition and capacity. Today, only details of this can be found, such as the row of columns on the ground floor of the north side. On the north-west corner is attached an oriel on the first floor, which is supposed to be a reference to the painter Carl Blechen. His birthplace was demolished for the construction of this new town hall.

Wo do not known yet, when the bilingual inscription Rathaus/Radnica was applied. Radnica is Lower Sorbian, a local language of the Sorbian minority. However, the lettering is by no means from the 1930s, as the official use of Lower Sorbian was forbidden during the National Socialist era.

The town hall was built from 1934 to 1937 as the New Town Hall. It served as an extension of the Old Town Hall on the Main Market Square. Due to the destruction in April 1945, the Old Town Hall was demolished. The heavily damaged New Town Hall was rebuilt, first immediately after the war and in 1966/67 with major changes. In this process, it received the uniform five storeys and the flat roof. The last major renovation took place from 1995 to 1998. 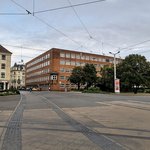 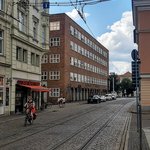 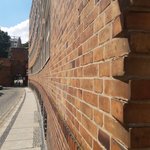 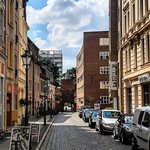 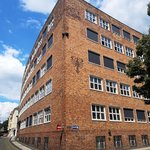 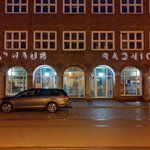