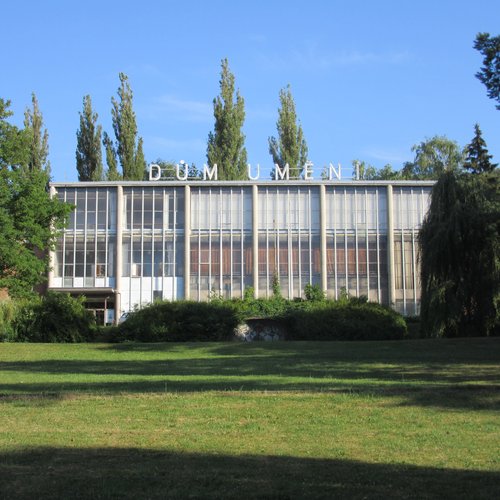 The memorial corresponds exactly in its dimensions to the industrial and utility buildings of the Baťa company. Each segments per storey between the framework of reinforced concrete measures 6.15 x 6.15 metres. In contrast to the other buildings, the typical red brick was not used for the facade design, but only glass.  The building is as high as it is wide on the narrow side and and doubled on its long side with 6 axes, enhancing the building's harmony.
Inside, the simplicity of the architecture is captivating. The staircase seems to be cut out of the ceiling. Viewed from the side, its shape forms a Z, possibly for Zlín. The interior is supported by round pillars that give the room a sacred aura.
The memorial was built on a slope. It stands at the end of an elongated park. This results in a strict visual axis, which in previous centuries was often used for castles or monuments to emphasise the importance of a ruler. The memorial is surrounded by the former study institutes and dormitories of the Baťa works. In this way, the memory of the company's founder symbolically returns again and again between the new generations of students.

On this website are historical pictures and photos of the present look.

The Memorial was opened on July 12th 1933, exactly one year after the plane crash of the Baťa company's boss Tomáš Baťa. The shoe company was considered the world market leader at that time. This memorial received a kind of cult temple at an elevated location in the city.
After the Baťa empire in Czechoslovakia was completely destroyed by the Communist Party in 1948. This building was converted into an exhibition building (Dům umění). It remained in this function even after the political change. Ideas to return it to its former purpose began in 2006, the building was renamed in 2013, extensively renovated from 2016-19 and is now open to the public again. The focus lies on the architecture itself and the replica of the Junkers plane in which Tomáš Baťa crashed and died like the pilot. 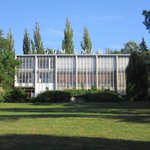 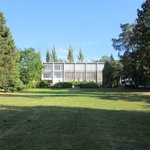 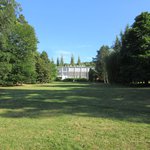 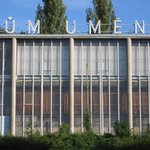