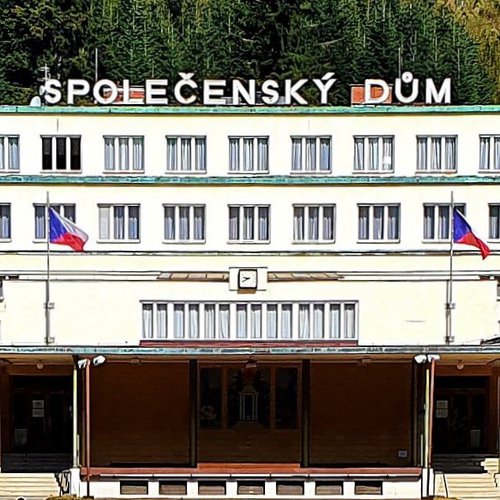 The house was planned as a dominant feature of the spa district. It is composed strictly symmetrical and remindes somebody of classicism. The two restaurant areas are located on the ground floor facing the spa gardens. Other public areas are located on the first and second floors. The first and second floors are combined at the ends to form two larger and higher rooms. The facade rises like a terrace to the higher floors. The hotel rooms are inserted on the fourth and fifth floors of the central part of the building. The ground floor of the building is cladded with brown tiles. The rest of the building's facade is painted white. Inside the building is a hall for 250 people, adjoined by various lounges, such as a billiard room, two restaurants on the ground floor for 160 people, which can also be connected to each other, a bar named Domino with a capacity for up to 140 people. On the upper, middle floors are simply furnished hotel rooms. Parts of them are still preserved today, such as built-in cupboards and lamps. The technical equipment was up to date for the time of the opening, like a ventilation system for the whole building or a cooling systems for the kitchens. The building was and is used as a venue for congresses, events and concerts due to its size and capacities.

A central building on this site already appears in the regulation plan of 1902. At the beginning of the 1930s, there was an architectural competition in which well-known Czech architects participated. The project of the Prague architect Roith won, whereby he submitted three variants. The model with a flat roof was chosen. Construction works began in 1933. Since the mineral springs in the village affected the building ground, they had to be diverted, and in addition the slope behind the building was shored up to stabalize the area.

In order not to influence the spa business too much during the day, the building material was delivered early in the morning and in the evening. In autumn 1934, the roof was closed so that the interior work could be done in winter 1934/35. The building was opened on July 2nd, 1935 and is listed since 2005. 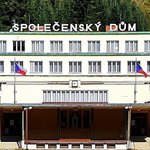 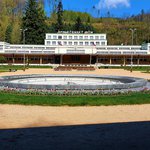 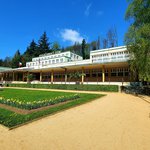 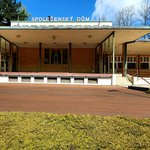 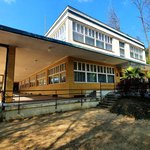 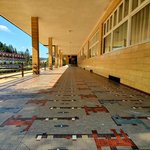 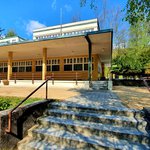 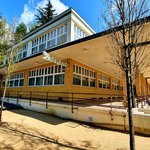 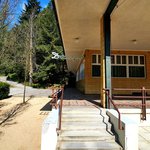 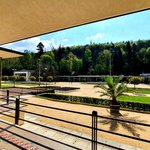 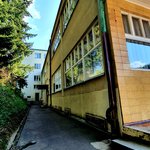 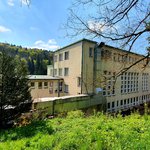