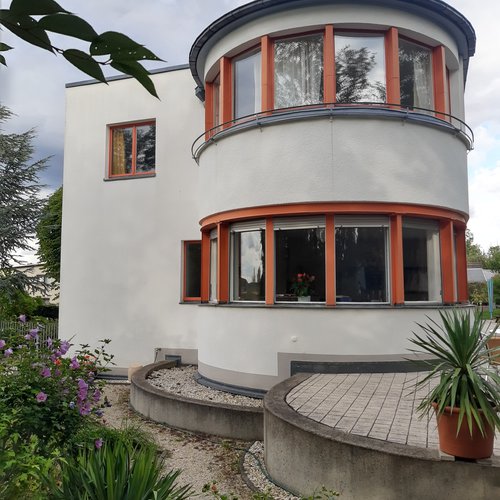 A very elegant house with only a few changes since it was built.

The house is solid masoned. Dr. Gröbe integrated his medical practice into the house. The patient waiting room was just to the left of the front door. The door in the entrance area on the left with the glass box for lighting that directly into the waiting area. Next to it was a small laboratory, with both windows on the east side over the garages. The treatment room was on the back of the east facade and on the south side. The practice and living areas were consistently separated. Schoder built a similar house for doctor Simmel in Gera with the medical practice and living rooms closely connected to each other. The kitchen is to the right of the entrance. All other rooms face south. The dining room was inserted in the round room. This is an exciting element that blends into the structure of the garden.

The house consists of three plastic forms. The main house, the former dining room and the entrance area. The main house was originally painted most probably in rust red or dove blue. The front facade and the dining room stood out brightly from this, probably in white. Today the entire facade is painted white.
Three windows can be seen next to the entrance. They belong to the staicase, which was originally illuminated by a ribbon of windows with a metal frame.

The plans for this house date back to November 1928. The building permit was issued on December 23th, 1929, and the shell of the building was already complete on December 28th, 1929. In July 1930 Kurt Gröbe, a friend of Thilo Schoder, moved in.

The current owner took over the medical practice and individual patients from Dr. Gröbe. Some of them told the current owner that they served as models for his novel "Kassenarzt Dr. Konrad Wege". 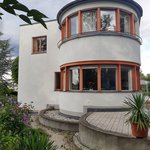 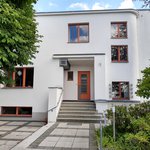 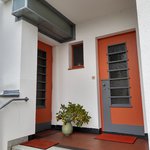 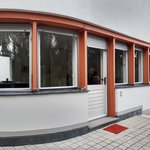 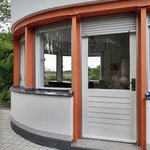 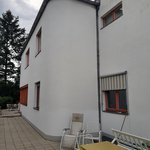 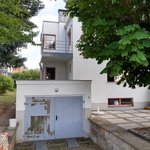