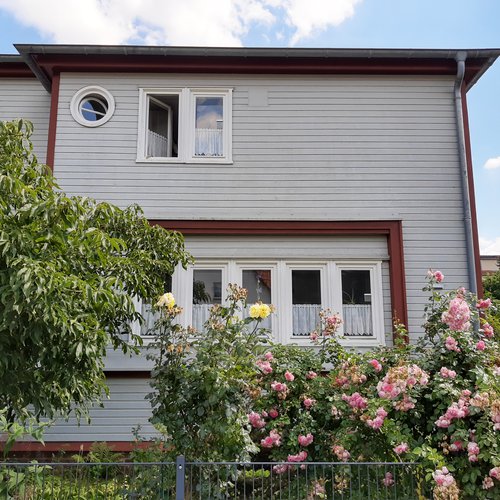 The construction and facade are made of wood, a material that Schoder used often in Norway.

It is believed that the client preferred wood as the material and therefore Schoder fulfilled this request. After emigrating to Norway, Schoder will often still work with wood. The house is build as a ridge-post-construction, like one type of traditional timber framing houses in Germany. The cover itself is a wooden formwork. A dark red wooden profile forms the characteristic frame of the house. In other Schoder houses, this profile would be a striking concrete frame, like in Altenburg. As an insulation material for the roof was used torfoleum. All in all, the materials for this house are quiet natural.
Internist Hans Simmel had a medical practice integrated into the house. This entire area is to the left of the entrance and extends along the entire northeast facade. The waiting room was right next to the entrance, with the consulting room behind the two middle windows. The third room was a laboratory. In contrast to Haus Gröbe in Gera, the medical practice and living rooms of the house have not been categorically separated. After the front door follows a hallway, from which it went left into the waiting room and straight into the hallway of the apartment. The toilet was right next to the entrance. Furthermore, to the right of the entrance is the kitchen facing the street, behind it on the southwest facade is the dining room. Behind it is the veranda. The living room faces the garden and cannot be seen from the street.

The plans for the house date from December 12th, 1928. It was ready to move in on June 19th, 1929. This house is a cultural monument and has been largely preserved. 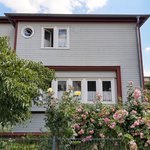 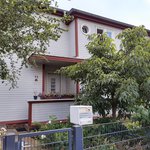 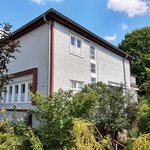