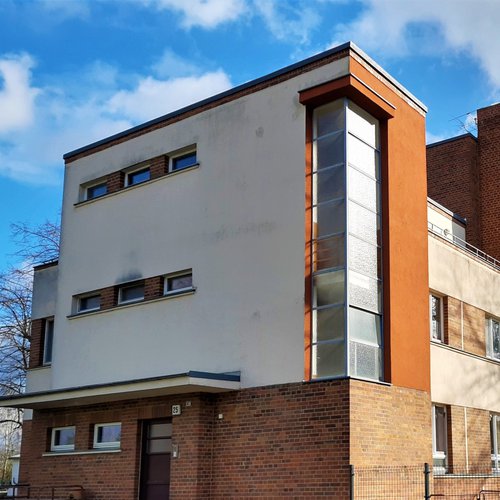 Like all of Schoder's housing estates, this one in Zwenkau was built in the second half of the 1920s.

Some authors mention it as housing estate Zwenkau. That is why we have adopted the term. However, only one block was realised. It is situated in a south-north direction. It has seven entrances. Three of them (No. 13, 17, 21) are facing the street Goethestraße on the east side, three further entrances (No. 15, 19, 23) are facing the courtyard on the west side. On the east and west sides are attached three protruding staircases each, laid out alternately. There is always a "front and rear entrance" for each entrance. Next to the staircases, the architect designed round windows. Behind them are located the bathrooms. The position of the bathroom windows and staircases of the housing estate Galgenberg in Gera was designed in the same way. At the point of the block where staircases have not been fitted (the "rear entrances") and rows of loggias on the first and second floors are accentuating the facade. To left and right of all "rear entrances" are located benches made of concrete as a social corner for the tenants. The block's rhythm is also influenced by the pairs of windows, indicating one flat behind each pair.

The entrance with the number 25 is located in the north and it was built as an independent building. The glazing of the staircase is particularly striking, a trademark of the architect also used for all other staircases of this block. This front building was originally planned as a café. Since the "settlement" was to be extended by one more building to the west, the northern side of the block was given this design, intending to mark the entrance to the settlement.

The basement of the block is made of cement concrete, the rest of the building is masoned. The facade is decorated alternately with clinker and plaster.

Each floor has two flats. The flats on the first, second and third floor have three rooms: a bathroom, kitchen and anteroom, which are arranged mirror-inverted in relation to the neighbouring flat. The result is, that no side was given a functional significance, so that there are bedrooms and living rooms on all sides.

The flats on the third floor were smaller, as they had roof terraces on the east side. These were converted into living spaces in between 1974-76. This conversion is clearly visible today because of the "ribbon windows".

The flats on the 1st until the 3rd floor of the main block have an area of 56 square metres, the ground floor flats have 30 square metres, and the two flats in No. 25 have flats with 87 square metres.

The kitchens were equipped with a single-burner kitchen, a space-saving folding table and a gas cooker, and the pantries had external ventilation. The entire block used one central heating. The distinctive chimney between house no. 23 and 25 still exists.

A little wash house next to the block is still in its original condition and has not been renovated.

In Zwenkau, as in the entire southern area of Leipzig, lignite mining was intensified in the 1920s. The municipality of Zwenkau aimed to built new houses for the workers who came to Zwenkau.

In 1927, the municipality of Zwenkau visited Thilo Schoder's apartment block in Hermsdorf to obtain information. Extensive planning and changes to the plans took place in 1927, so that the building permit could be issued on June 18th, 1927. As late as November, members of the municipality visited buildings of the architect Otto Haesler in Celle, Germany. In July 1928, a show flat in this block was presented to interested people and the first tenants moved in by February 1929. 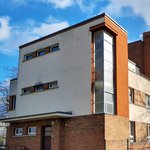 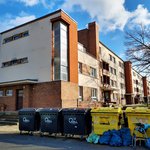 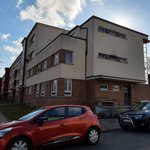 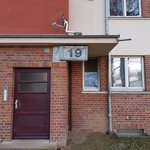 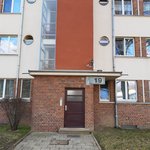 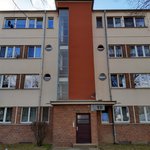 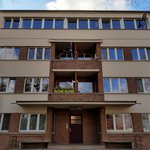 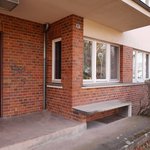 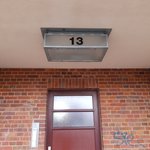 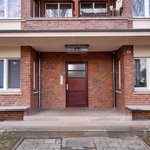 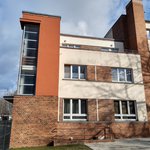 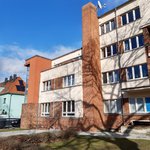 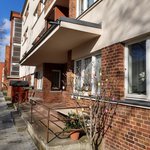 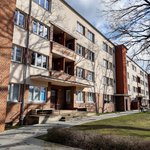 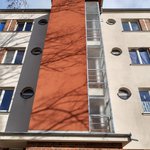 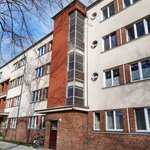 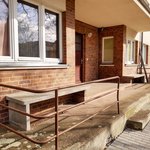 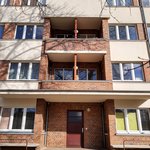 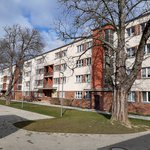 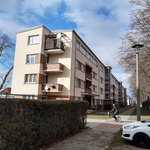 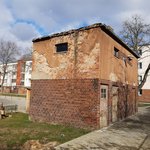