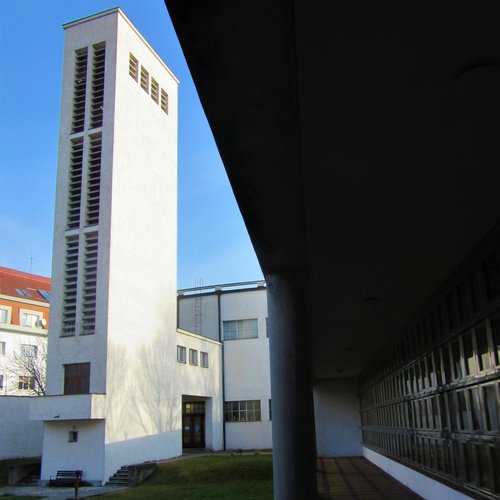 Access: Open to public before, during or after service

This church and the community centre is part of the "Gočár Forum" in Hradec Králové.

The site for the church and the municipal office was built on a triangular plot of land. The church is located at the pointed corner in the east, representing the symbol of the ship with its prow. This easternmost point is the place of the Lord's table, the chancel of a Czechoslovak Hussitian church. The building was executed very puristically. The design dates from June 4th, 1926 and Gočár's employee Josef Havlíček simplified the architecture. Originally, Gočár intended the windows to be colourful. They are now covered with glass panes. The nautical effect of the building is enhanced by the round shape of the windows. Rectangular windows have been installed in the western part of the church to allow ventilation. Adopted from industrial buildings, the opening and closing of these windows is made possible by a gear wheel and chains. The side areas of the church are flatter, pierced by pillars that support the high church walls. The side areas of the church are structurally a continuation of the outer perimeter of the site. On the gallery in the west is placed the organ. The lamps are original. A new, but also artistically valuable piece of art is the cross made of laminate by the artist Maxim Velčovský in 2002. It fits the simple style of the building, as Christ is not hanging on the cross, but small indentations are depicted on the cross. They are located in places where anatomically significant parts of the body would, such as the head, the buttocks, the arms and the feet. West of church building is located the bell tower, which is connected to the church building. Gočár planned a large chalice on the tower as a symbol of the Hussite Church. The construction of the church and bell tower is made of reinforced concrete and became plastered.

A courtyard is formed in the middle of the site. It is designed as a meadow. On the sides there is space for a columbarium, typical as a burial place for the deceased of the Czechoslovak Church. To the west are buildings made of red clinker, used as congregation rooms and staff living quarters.

The plans for the development of the site were drawn up by Josef Gočár in 1925, who won the architectural competition. The foundation stone for the construction of the church was laid on August 28th, 1926. The consecration took place on April 30th, 1929.

The importance of this church and this building can be seen in the fact that the mayor and initiator of the regulation plan for the city, František Ulrich, is buried in the columbarium, although he was baptised Catholic. 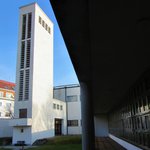 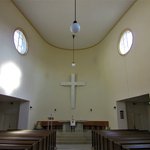 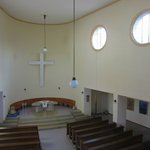 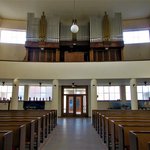 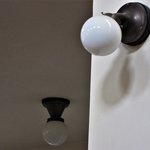 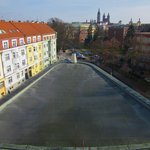 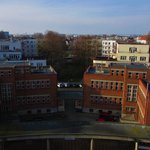