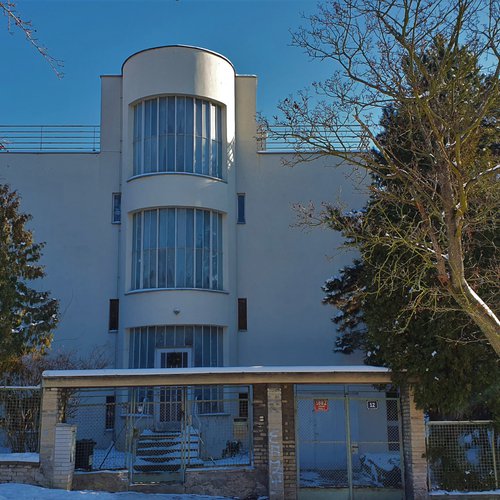 One of the most important functionalist villas in the Czech Republic from the late 1920s, which appears very purist. The entire building can be easily seen from all sides. The staircase is facing the street in northern direction, designed in the form of a semicircular stairwell. Such a staircase is an independent structure of the house, not taking up any living space. Apart from the non-transparent staircase windows, the house has only six small windows on this side. Such an architectural solution became more common since the late 1920s. The large windows of the living room, children's room and bedroom face south with a connection to the garden.

The first floor on the garden side is supported by metal columns. The first floor protrudes slightly, resulting in a terrace for the second floor. The terrace and the attic have received a metal railing, as the roof is also used as a terrace. In the centre of the roof terrace hosts a small structure that serves as an access to the staircase.

Originally, the ground floor served as the flat for the staff as well as a small kitchen and a garage. The family lived primarily on the first floor. There was the living room, connected to the dining room. There was another room, a bathroom and a dressing room. All other rooms were on the second floor.

In 1937, the architect Zelenka made some changes to the house.

The Czech National Heritage Institute NPÚ reports that the interior has been preserved in its original state with a few exceptions. It is a National Monument since 2002. 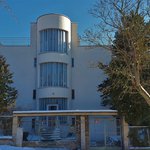 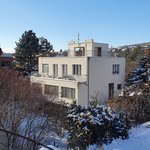