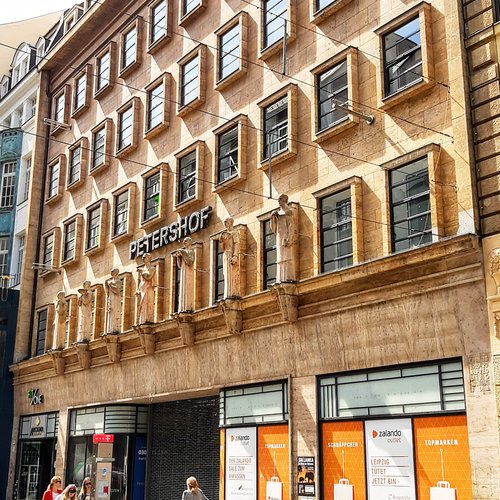 A house that was almost completely sacrificed to the renovation mania after 1990.

The preserved facade in Petersstraße is cladded with travertine. The striking window reveals protrude from the facade. The statues on the facade show among others the architect Liebig and Hans Kroch, who acted as one of the building financiers. As Kroch was Jewish, the figures were removed in 1938. Replicas were not put back until 1995, when the house was renovated for the first time after the political change of 1989.

The ground floor with the shop windows was originally used by individual shops, becoming part of the store today.

There are three further storeys in the pointed roof, which were originally part of the entire trade fair building.

Inside of the former reinforced concrete building, the entrance foyer has been preserved and is covered with colourful ceramics, where the architecture of this house shows its clearest modernist design, icluding a former ticket office, which now serves as a café, and a clock. The foyer was once illuminated by daylight through a skylight. The last renovation preserved the look, but a roof was built over this area and the inner courtyard has to be illuminated artificially ever since. Nobody talked about the climate change in 2004...

From 1927 to 1929, this building was constructed as a trade fair house (Messehaus) for the Leipzig Trade Fair, that mainly between 1895 and 1913 built many buildings in the city centre. Leipzig's largest cinema Capitol was housed in the basement and former back building until 2003. In 2004 and 2005, most of the building, including the cinema, was demolished.
Only the main facade on Petersstraße, the entrance foyer and the main staircase remained. Everything was converted for a fashion store, which left the building after a few years due to insolvency. After a long period of vacancy, the building is being used in different ways, including a fashion shop since 2022.

The cinema housed since 1957 the Leipzig Documentary Festival Dok Leipzig, a festival that plays/played a major role for the city and the documentary film industry. So it is all the worse that this place no longer exists. A photo illustrates the atmosphere in 1964, also showing the rounded window panes in the entrance area, which are today illuminated at night. 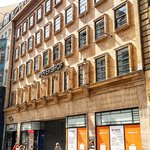 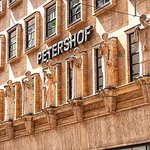 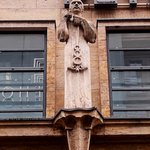 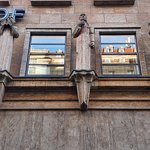 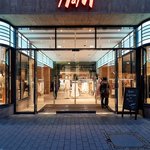 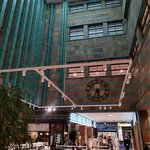 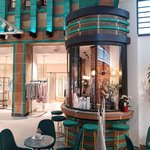 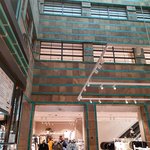 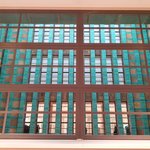 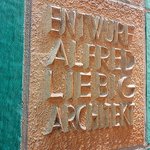 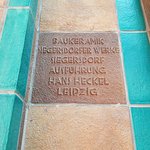 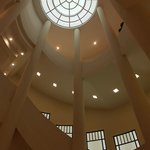 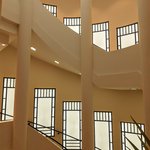 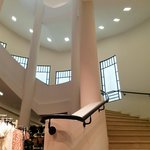