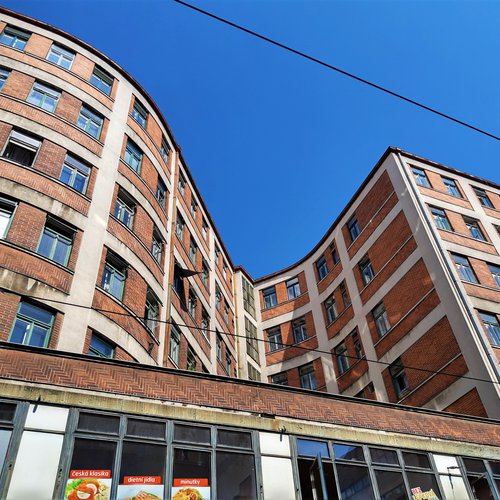 The entire block consists of two halves. The southern, curved structure was built from 1928 until 1929. The northern part opposite Mahenovo divadlo was built between 1935 and 1937. The differences are easy to spot.

The older part of the building on the east and south-east facades follows the curve of Benešova Street. The building develops its design climax on the west side in Divadelní Street. The western facade does not run straight, the 2nd until the 6th floor was given a small cut. Basically, it is an approach to the building in Benešova Street. This solution and the sweep make it possible to orient the rooms to the south in order to make use of more sun. The building is constructed from a reinforced concrete skeleton with inserted bricks.

The northern part of the building is stricter in form. It was built in place of a previous palace, which is recalled by the fenestration and the arches behind the ground-floor shop windows. This building is pure masonry and the ground floor and the corners in vertical orientation have been cladded in travertine. Its contribution to modernism in architecture is offered by the inner courtyard with a glazed staircase and a glass lift shaft.

The southern building was planned from 1926. The devoloper Stiassni had it planned as a hotel, but she changed the plans and thus Wiesner designed a multifunctional and rental building. At the beginning of the construction work in 1928, Stiassni sold the building to the Moravian Insurance Company (Moravská zemská životní pojišťovna), which had the house finished without any changes.

In addition to the flats on the upper floors, there were offices and a café on the first floor. On the ground floor was mainly used for shops. In the basement are two large halls, that ones served as a cinema and a variety theatre.

In 1935, the insurance company decided to demolish the building on the neighbouring plot in order to construct the northern part of the building between 1935 and 1937.

Both parts of the building were listed by the National heritage in 1958.

A collection of historical pictures. 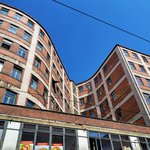 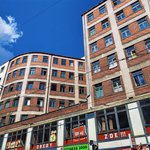 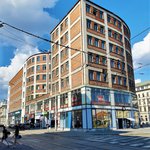 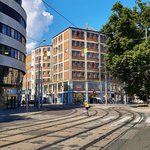 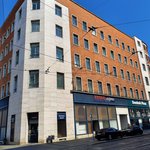