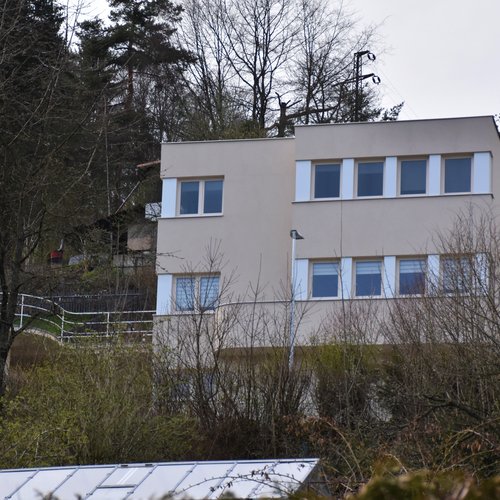 The drawing teacher Juno of the local Glass School wanted to be seen with this house.

Located on the north slope above the road means that the south side of the house could be fully developed. The south facade is dominated by the two upper floors with the balcony and the corner windows to the left. Eye-catching is the terrace, giving lightness to the angular house.

There are only a subtle references to the fact that Alois Metelák could be the architect. The documents for this house are missing and only Karel Hlavatý is verifiable as the local builder. Since Zdeněk Juna and Alois Metelák were colleagues and Metelák planned the entire slope from an urban perspective, the assumption is reasonable. Metelák also worked as an architect. This villa was built for the couple Zdeněk and Antonie in 1934. The semi-circular terrace was added in 1936. The building was used by the police from the 1960s. 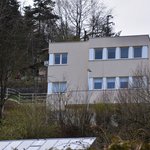 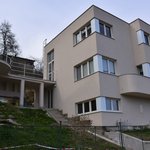 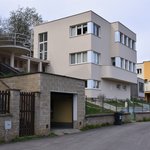 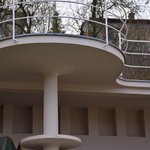 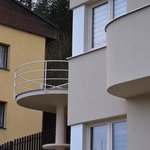 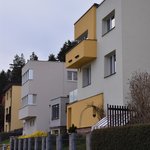