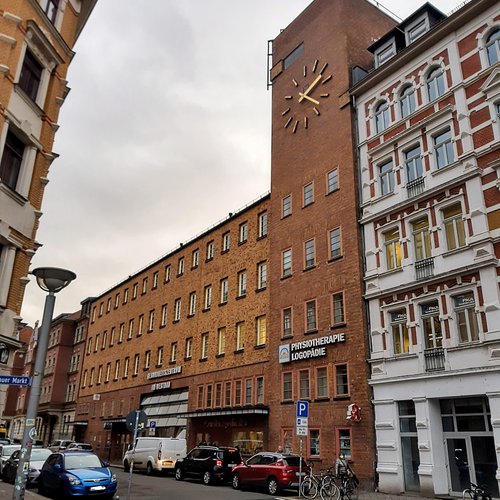 No, it is not a factory, it was an indoor swimming pool.

The building appears to be a factory on both sides of the streets. Especially the west section on Odermannstraße, which only received small windows on the ground floor. The main entrance on the east side also rather does not suggest that it was an indoor swimming pool and bath house. The construction is made of reinforced concrete and the facades towards the streets are cladded with clinker bricks. The main entrance in the east leads into a foyer and the main staircase. Rooms with bathtubs (bath house) were once placed on the first and second floor in the building facing the Marktstraße. The smaller windows on the third floor were part of the section used for medical treatments. Next to this building is located the striking tower with the golden clock.

A second part of the complex is facing the west towards Odermannstraße. The building may seem peculiar on this spot, because no windows have been inserted except for the zone on the ground floor. Behind the wall is situated the large swimming pool with a 25-metre lane. No windows were to be inserted on this side for two reasons: on the one hand, the wall might isolate the swimming hall from the road traffic and, on the other hand, the developers thought the bathers would be dazzled by the setting sun. That is why the large windows were put on the south side, which cannot be seen from the outside.

The illuminated sign with the inscription "Westbad" was attached to the building at the beginning of the 21st century.

The pool and bath rooms were built between autumn 1928 and summer 1930. Originally, a new building with the function of swimming and washing was planned on the Frankfurter Wiesen closer to the city centre with sufficient space. In the end, the building was squeezed between older houses. This also results in the very pieced-together basic form of the whole complex. In the 1950s almost international swimming competions took place in the Westbad. The pools were used until the mid 1990s. Between 2001 and 2004 a reconstruction of the building started, transforming it into a health and fitness centre with doctor's offices. In the middle part is placed a pool for babies and children. The swimming pool is occasionally used for cultural events. 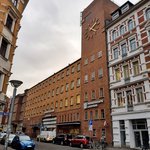 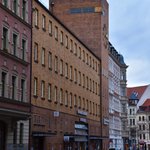 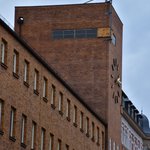 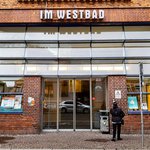 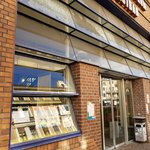 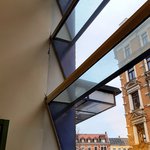 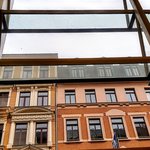 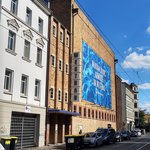 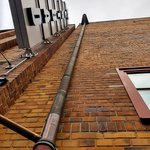 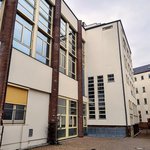 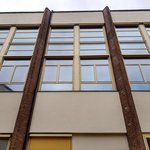 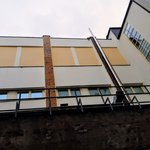 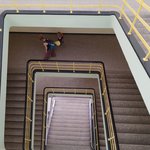 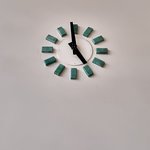 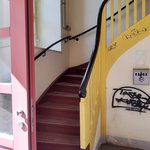