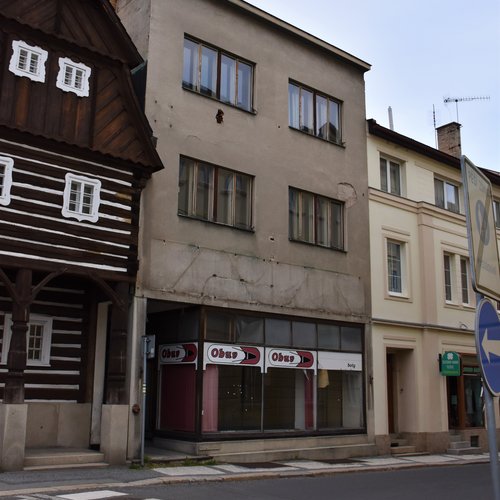 The house's architecture is simple and sober. The ground floor houses a shop and the two upper floors apartments. The name L. Kousal on the facade also appears in connection with the neighboring museum and bank. In 1936 he worked on the plans to include the wooden building into the museum's part. A closer relation between the two buildings could also represent the passage on the ground floor of this house. On the one hand, it leads into the shop and the apartments, but on the other hand it is designed as a breakthrough to the museum. Perhaps this house was built either at the same time as the museum or a little later.

We do not have many details for this house. It was most probably built in the mid or late 1930s.

A small plate with the information of Ing. L. Kousal suggests the builder (engineer) Ludvík Kousal. He was responsible for the construction of several buildings in Železný Brod in the first half of the 20th century. Whether he also provided the plans for this building, i.e. acted as an architect, is not (yet) known. The house is currently abandoned. 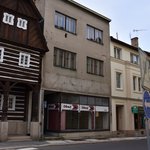 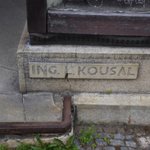