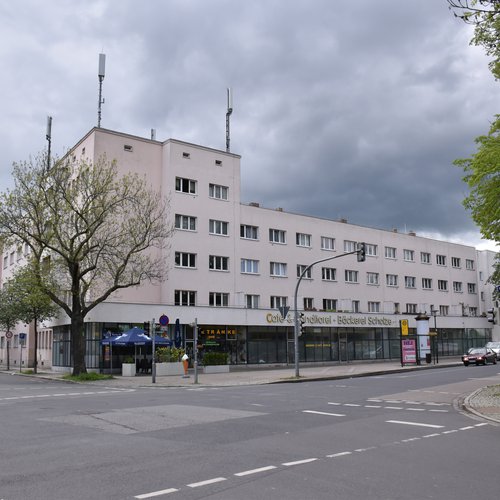 Probably Dresden's most progressive residential architecture of the interwar period.

Nice details are the round shop windows in the north-east, the small curves under the balconies in the south-east, the glass bands of the staircases and the roof of the former boiler house in the courtyard. The entire ensemble is dominated by the two long blocks along Arno-Lade-Straße and Rehefelder Straße in a north-south direction. The short building sections in Robert-Matzke-Straße and Wurzener Straße are extensions of the block on Rehefelder Straße. They are directly connected to it, forming the shape of an U. In order to avoid creating a closed block, the block in Arno-Lade-Straße is independent and results in the form of an I. Between the two building sections, a street leads into the large inner courtyard. All corners of the complex have been given distinctive prominence. Either as somewhat higher building parts with 6 storeys, as at the north-east corner and the south-west corner, or with balconies. Due to war damage at the north-east corner, the building was rebuilt in a simplified way. The differences are clearly visible on this website. Most of the building sections have 5 storeys. The upper storey is always used as an attic. All sections of the housing estate are designed with a flat roof. Almost all windows are three-part casement windows. Most of the balconies and the former boiler house, which originally housed also the laundry, are located in the inner courtyard. The boiler houses' curved roof lends the otherwise very sober complex something charming. The simplicity of the buildings is enhanced by the smooth facades and the always tripartite windows.

On the north side, shutters are arranged on the ground floor, with elongated balconies above them.

The GEWOBAG was founded in 1927 and started immediately to plan this housing estate. Most of the residents were workers and simple civil servants. Partially destroyed during the war, the north-east corner in particular was rebuilt in a simplified manner. The upper floors with large windows contained studios. The boiler house is today used as an architecture firm.

Across the street are the swimming pool Sachsenbad and the library, creating a small district of early modernism. 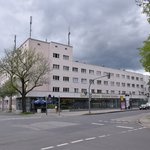 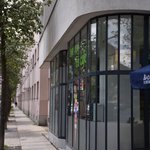 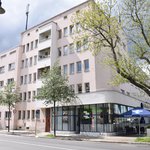 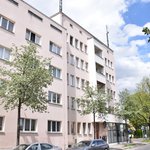 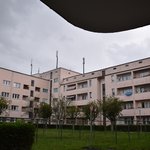 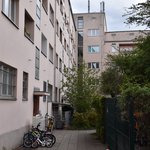 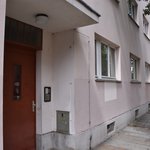 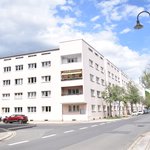 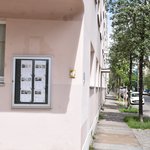 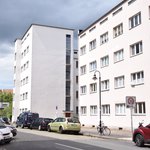 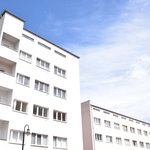 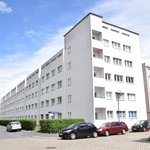 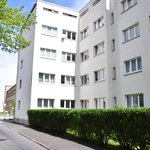 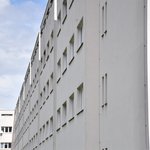 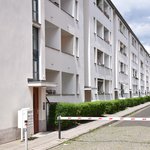 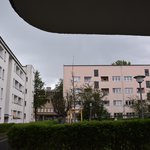 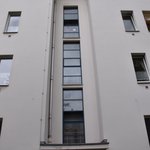 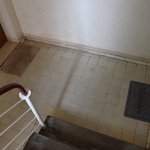 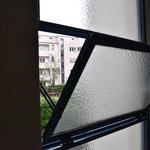 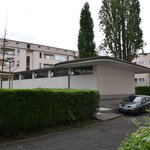 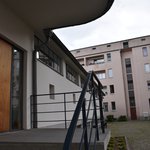