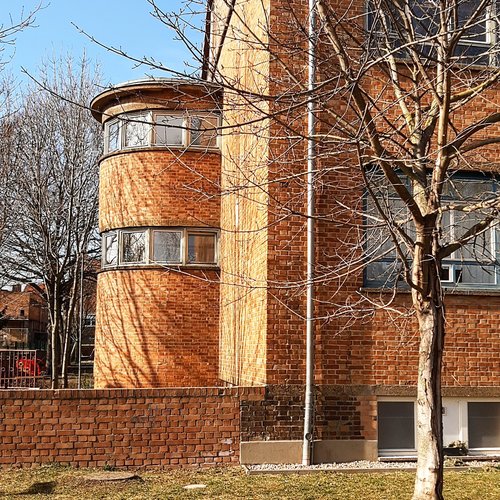 Today's use: Apartments and school

After Ernst Trommler gained experience in Hermsdorf and was therefore hired as an architect in Teutschenthal, he planned to expand this housing estate with a school. This school with a attached gym is designed as the central building in a rectangular complex. All buildings were originally two-story and flat-roofed. The only residential buildings with a flat roof today are Nos. 8 and 13 and the garage between Nos. 3 and 4. The former balconies/loggias have been glazed and have therefore been converted into rooms. Green areas and gardens form the inner structure of the housing estate.

On the website of the municipality of Teutschenthal are historical pictures of the housing estate, illustrating the dramatic structural changes.

Germany's most modern village school was the headline in the 1930 yearbook "Kränzchen - Illustratiertes Mädchen-Jahrbuch". Overall, the housing estate attracted a lot of attention in the press and was also presented in Berlin in 1929 in the "Berliner Illustrierte Zeitung". It is a relatively rare ensemble of interwar modernism, which was created in a village. Teutschenthal has been growing since the 19th century because the mining of potash became important. The heaps around the village still characterize the landscape today. The residential complex probably served to increase the attractiveness of the location.

At the time of its construction it looked completely different than it does today. All buildings were handed over in 1929, but the estate was never completed. The north-eastern area of ​​the block is missing, i.e. the right area standing in front of the school. Originally all buildings were built with flat roofs. The character of the settlement changed significantly when the gabled roofs were added. The school received the gable roof in 1939. Apartments for the teachers were set up in the roof areas. Rainwater was probably seeping in through the roof before. Apart from these two reasons, it can also be assumed that the unloved flat roofs should also disappear during the Nazi regime. As a result, the school also lost the central tower. Initially, the settlement was also called New Jerusalem, since the construction method without a gabled roof seemed un-German and was reminiscent of houses in Palestine/Israel. In the literature, the name "New Jerusalem Settlement" is sometimes used. We decided to do so because it expressed a pejorative meaning. The gabled roof on the residential buildings were built between 1953 and 1967. The school was converted into a kindergarten in 1986. After the political change in 1989, the apartments were sold privately and the entire estate was not listed. 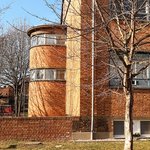 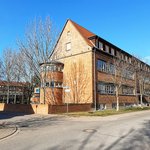 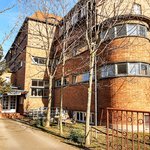 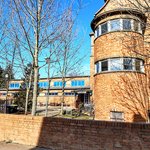 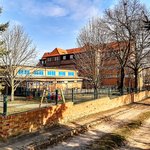 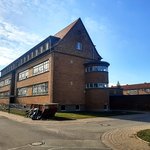 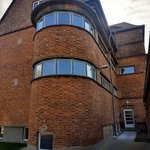 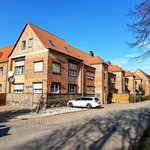 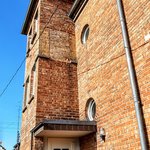 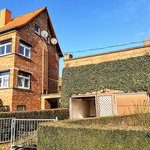 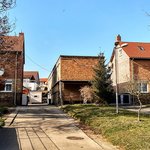 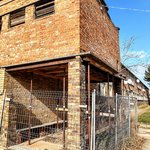