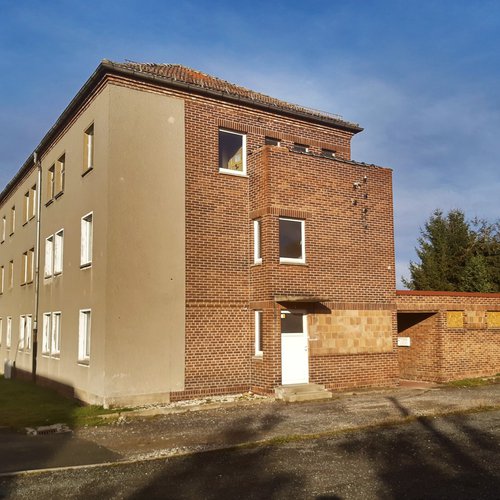 Schoder's first apartment block. Unfortunately, the block has been converted in such a way that the original landmark character of the building has disappeared.

The building is described as a housing estate, but it is more like an apartment block with six entrances. At the time of construction, the building had a completely different appearance. A flat roof and roof terraces on the second floor on the southwest side gave the house its interesting rhythm. On the north-east side, there were balconies next to the entrances to the houses, which belonged to the kitchens. Different colours were used: window frames and doors yellow, door panels red, balcony panels white and shed doors grey-blue. The outer entrances No. 2 and No. 7 have one flat per floor, the four entrances in between are equipped with two flats per floor (in total 30 flats). The block faces northwest-southeast and is 81 metres long. The living rooms face southwest, the kitchens, bedrooms and outbuildings face northeast. The kitchens were handed over to the tenants with fitted kitchen and lineoleum flooring. A serving hatch between the kitchen and the living room ensured an easier transport for eating and dishes. The flats on the ground floor and first floor are 48 sqm and were extended by the balconies. The flats on the second floor were originally 32 sqm with an additional 12 sqm roof terrace. All the toilets were put halfway up the stairs as dry toilets. The entrances on the north-east side are fronted by smaller buildings that once housed the residents' bathrooms and stables.

The entire ensemble is masoned and the foundations were made of sandstone.

Hermsdorf became an important location for the porcelain industry in the early 20th century. After several plans failed, the municipality organised the construction of this building to fight the housing shortage. The building permit was granted on May 21st, 1926. The building was finished in January 1927 at latest.

From 1952 the building was completely disfigured by alterations. The roof terraces of the second floor were overbuilt to creat larger like on the first floor. The facade was straightened on both main sides, so that the balconies became interior spaces, and a gable roof was added to the house. The colour concept was not pursued further. In the meantime, the block is almost completely empty and looks neglected.

On this website in German you can find many historical pictures. Hard to believe that it is the same building. 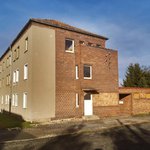 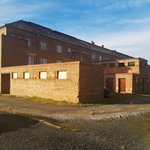 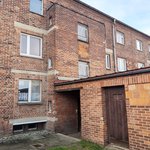 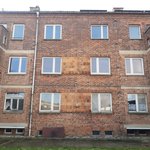 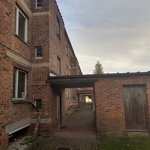 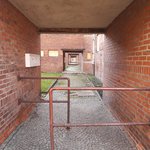 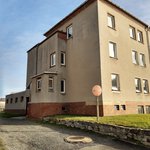