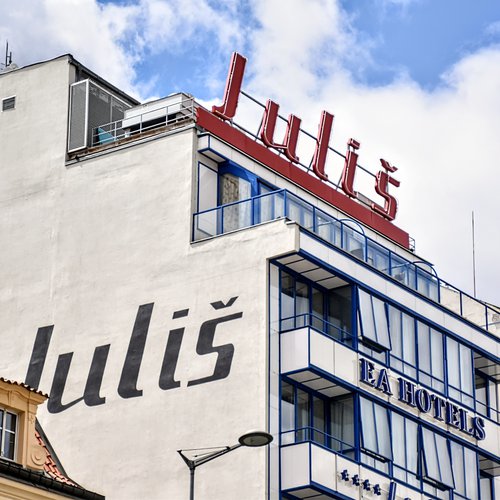 Today's use: Hotel and shops

One of the most striking buildings of the interwar period on this large Prague square.

The building's function and form is not immediately obvious from the outside. But if you look at old pictures, the structure, especially the former one, becomes very clear.

The ground floor and the small mezzanine were originally used for the hotel's pastry shop. The café was on the second and third floors. In order to achieve more light and spaciousness in the relatively narrow building, Janák had the intermediate ceiling inserted more as a gallery. Some pictures of the design plans and the hotel's life of the first years.

The hotel rooms continue on the fourth floors. A particularly striking element of this part of the house are the strips of white opaxite glass running across the entire width of the building. The balconies are located at the edges and hopper windows in the middle. The 8th floor is set back and accommodates a roof terrace. The building even has three basement floors.

After remodelling the hotel, the house was given a 9th floor with a roof terrace.

The facade of the building is supported by a steel frame, allowing the large glass surfaces.

The interior of the house was extensively remodelled in 2000-2003. During this process, no respect was shown to the former rooms on the ground floor and the café. The spaciousness was lost, and a ceiling was inserted between the second and third floors to adapt the rooms for today's uses.

It is often mentioned in the literature, that Janák's plans for Hotel Juliš base on the concept's of Bohuslav Fuchs's Hotel Avion in Brno, Czechia.

Master confectioner Karel Juliš decided to build a hotel on this site in 1917. Initially, he had a baroque building on the square incorporated into a new construction project by Pavel Janák that filled the deep plot in 1922. A hotel and cinema were integrated. As many new buildings were erected on the square at the end of the 1920s, Juliš appealed against the former ban on demolishing the baroque building. In 1930 the plan was approved, and the front building was demolished in 1932. The new building, also by Pavel Janák, was connected to the rear wing of the building from 1922.

The hotel was nationalised in 1948. The logo was removed and the hotel was renamed Tatran. After the fall of communism, the house was given to the Juliš family. They had it renovated between 2000 and 2003. Although the interiors were very much changed, preservationists and historians were able to enforce the preservation of the original exterior of the hotel.

The house has been a listed building since 1958. As the area of Prague 1 has been a UNESCO World Heritage Site since 1992, this title also refers to the hotel. For this reason the radical reconstruction seems puzzling, as the membership in UNESCO is intended to preserve the significance of a place or building for future generations. 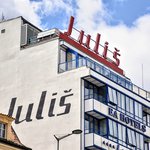 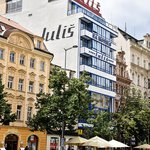 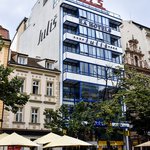 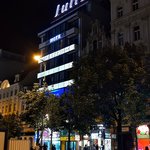 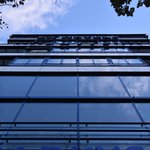