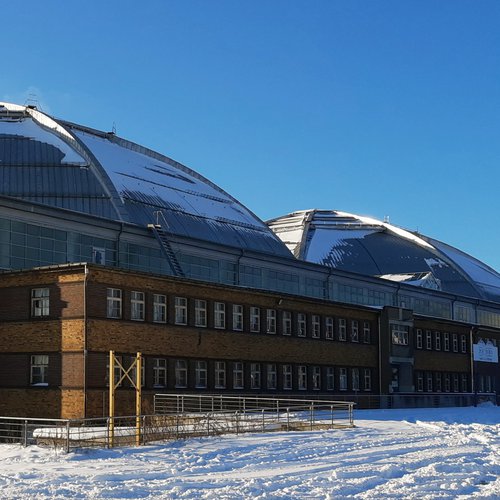 A cathedral of building technology.

Three domes were planned, two got realised. The domes were designed and calculated by the civil engineers Franz Dischinger and Hubert Rüsch. Since Dischinger already knew that with polygonal domes the loads are always transferred to the corner pillars, he continued reducing the number of pillars to have sufficient space inside. The results are two octagonal domes, each measuring about 75x75 metres. Together with the building, the concrete domes reach a total height of 29 metres. In 1927, these were the largest solid domes in the world. They also serve for optimal ventilation and lighting of the halls.

The idea for a wholesale market hall in Leipzig emerged in 1913. A central wholesale market in Leipzig had to supply local traders with vegetables and fruits. After Hubert Ritter became a city building councilor, the location of such a hall was determined near the railway station "Bayerischer Bahnhof". The hall had been approached by a railway connection, a tram connection along the street "An den Tierkliniken" as well as by lorries. Ritter studied between 1925 and 1927 the construction of double-curved shell domes together with the company Dyckerhoff&Widman. Dyckerhoff & Widmann AG (Dywidag) was a construction company, that at the time of construction works was based in Wiesbaden. They possessed great expertise in building with stamped concrete, reinforced concrete and prestressed concrete, like the Centennial Hall (Hala Stulecia, Jahrhunderthalle) in Wrocław, Poland. He visited and studied also the planetarium in Jena with a similar construction, which was opened in 1926.

Because of its use for selling fruit and vegetables, the "Großmarkthalle" was called "Kohlrabizirkus" (Kohlrabi circus) by the people of Leipzig, and this is still the common name today. But the hall was only used for selling food until 1995. Since then, different companies, associations and clubs are using the building.

In autumn 2013, the domes were awarded the title of Historical Landmark of Civil Engineering in Germany by the Federal Chamber of Engineers. Due to today's uses, the two domed halls have been divided with a wall. 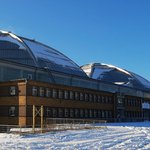 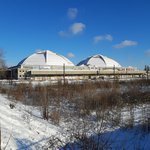 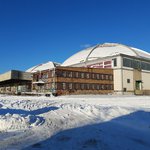 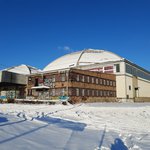 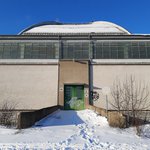 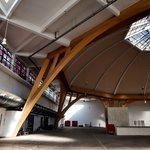 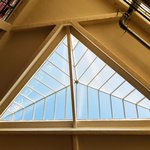