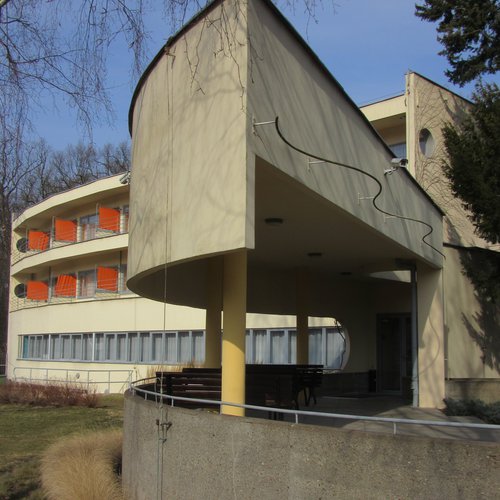 Scharoun in relation to this house: Big cities demand a variety of solutions to the housing problem. Between the extremes of single-family house and a hotel, between a shelter for settled people and nomads..."

This building is a fine example of the architects' infatuation with the shape of ships.

The orientation of the building is an undulating east-west alignment. This gives the house a very long south and north facade. Roughly speaking, the building consists of three parts. To the west is a three-storey building with balconies on the south side. These 16 rooms, each 37 square metres, were originally intended for childless couples. In the middle of the complex is the entrance area of the building, where the residents had access to a restaurant, a recreation hall and a roof garden. In particular young women should not be cooking, but rather be socially active, taking a sunbath or doing sports. The concrete pergola swinging out in the south area is certainly the best-known and most characteristic motif of this house. To the east is the very straight part with only two floors, in which 32 small flats with 27 square metres for single people were available. The corridor on the north side of this wing is located between the two floors, providing access to the upper and lower flats. This idea is also reminiscent of shipbuilding and the access to the bunks.

Built under the name "Ledigenwohnheim" (Single people's home) and part of the WuWa exhibition, it was intended to offer affordable housing to single people and young couples. Hans Scharoun implemented ideas from the Weißenhof-Siedlung in Stuttgart under the motto "The Apartment" by Mies van der Rohe.

All the rooms were spartanly furnished. Although the building is a listed building, apart from a sample room, some door handles, some window frames and the colourful colour scheme inside, no other things have survived in the original. Today, the building houses the Hotel Park.

Somehow the Polish translation of Ledigenwohnheim includes the term "małżeństwo bezdzietne" (childless couple), so either the term was translated somewhat differently or after 1945 this house was also used for young couples. "Ledig" in German means single and unmarried. 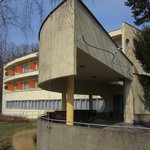 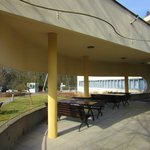 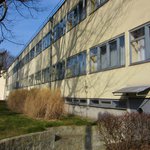 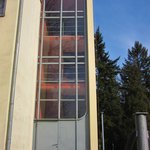 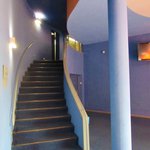 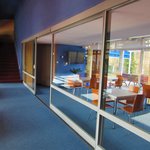 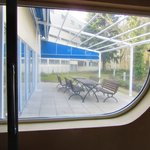