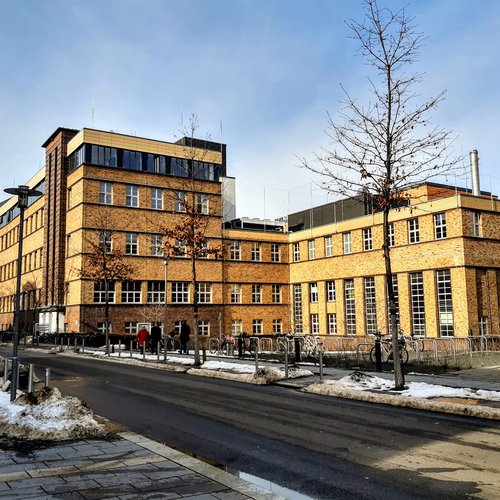 The architect and city building councillor Hubert Ritter created many different types of buildings, including this hospital.

The house consisted of four floors until World War II . This made the staircase tower with the reddish clinker bricks a more imposing building element. The flat roof was originally used for "open-air treatments". At the time of the building's construction, it was considered fashionable for people with skin and venereal diseases to use the terrace for cures. Therefore, showers, toilets and also a shelter from the rain were installed on the roof.

The building is most likely masoned and covered with bricks to relate to the older neighbouring building.

The construction work lasted from spring 1929 to December 1930. After damage during World War II, the building was raised by one storey and the new roof was no longer used as a terrace. 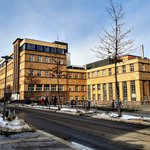 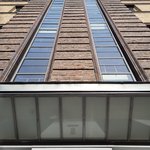 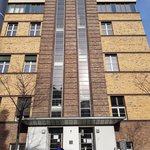 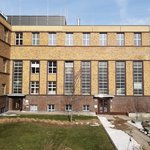