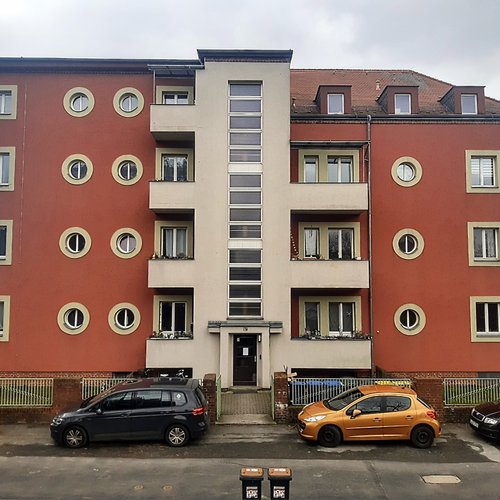 When being at home almost feels like being at work.

A house with some exciting details. The staircase is slightly protruding as an avant-corps. The balconies of the flats are located next to the staircase. At the corners, the windows are set across the corner. Bathrooms and bedrooms have been fitted with oculi windows. These design features give the house a sense of the modernism that was slowly advancing in Leipzig in the late 1920s.
The attics may have been added later, as a frieze of clinker brick is visible at the top of the house, possibly once running along the flat roof.

This project of the city of Leipzig takes up the architectural trends of the time, mostly inspired by City Planning Commissioner Hubert Ritter.

A first civil servant's residence of the Leipzig Gasworks II was built at the street Richard-Lehman-Straße 112 in 1915. The house No. 110 was built as an extension of the project in 1929/30, enabling for employees a short way to work.
The Gasworks II became the Leipzig Central Gasworks in 1929 and replaced all the suburban gasworks, increasing the importance of this location and raising the demands on the immediate surroundings.
Gas production was discontinued in 1977. From the old factory remained two gas storage tanks, of which one has been used since 2002 as an exhibition hall for large-format panorama pictures. 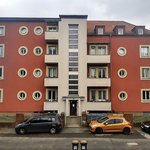 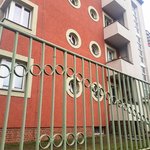 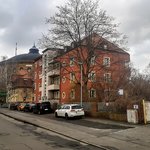 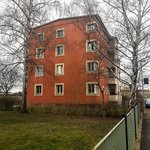