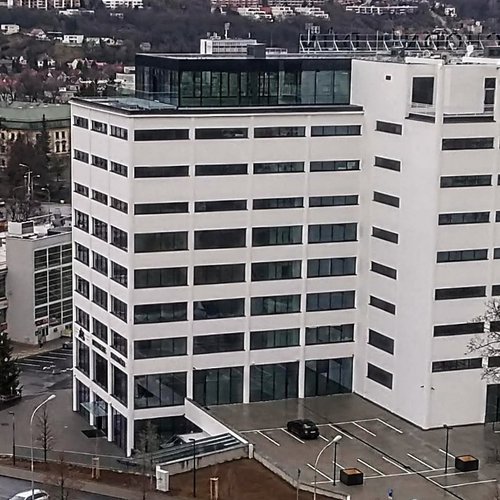 Although this department store is not a listed building, it was extensively renovated, considering the historical significance of the building.

The typical construction scheme of 6.15 x 6.15 m areas in the reinforced concrete framework was also used for the department store. The window sizes were chosen differently. To attract customers, the windows on the two lower floors are as large as possible. That was a smart idea to offer products and sales particularly visible. And a classic of the time: at night, the building shines from the inside as part of the advertising. The window of the middles floors are reduced compared to window size of the lower floors. The three upper floors have the smallest windows, where originally the offices and storage rooms were integrated. On this website is mensioned, that a cafeteria was set up on the seventh floor for the students of the surrounding dormitories. The cafeteria was separated by gender, just as everything was separated by gender for apprentices workiing for Baťa. The roof was originally used as a cafeteria as well, where probably the female and male apprentices met each other.
The department store forms a unit with the neighbouring market hall (Tržnice), the former Social house (now Hotel Moskva) and the dormitories and is the centre of the new Zlín, in close proximity to the shoe factory.

The square náměstí Práce will be upgraded, that the centre of the planned city of Zlín will become more attractive in the future. Symbolically, 28 linden trees were planted on 28 October 2018. In 1918, 28 October was the founding day of Czechoslovakia.

Construction works began in 1930 and the building was opened to the public in 1931. But in addition to its function, this department store also fulfilled the task of being a canteen for the factory workers of the Baťa shoe factory. But shopping also became an experience, because everything from groceries to cars was sold in this department store. One advertising slogan to underline that idea was: the best quality - for the best customers (Těm nejlepším - to nejlepší).
During socialism, the department store became part of the Prior chain. In the course of this use, the exterior of the building was lovelessly remodelled, which could be seen until 2017. In that year began a comprehensive reconstruction by main architect Jaroslav Ševčík, giving back the department store its former appearance. However, the building was raised by one storey, which was set back slightly, in the hope not to affect the original design of the house too much. After the renovation the department store was named House of the Year in the Zlín District by the
Governor of the Zlín Region. He mentioned, that it was a "structurally and financially demanding reconstruction" and "a meritorious achievement in terms of urban renewal and revitalisation". Today, the building houses a mix of shops. 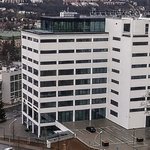 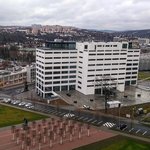 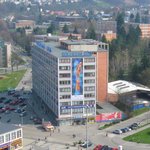 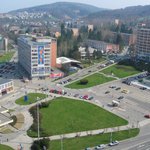 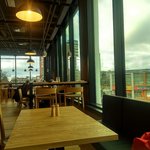