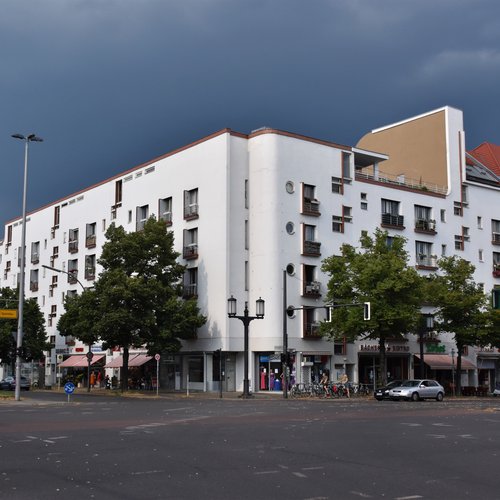 A six-storey building facing three streets and including a built-up courtyard with garage. Scharoun very skilfully designs the transition to the neighbouring house on Kaiserdamm by adapting the shape of the roof to the older building, but then announcing a radical and impressive break with the architecture of the turn of the century with the high wall. Left to the wall is inserted a roof terrace for the residents. Under this high wall he places the staircase with its offset staircase windows, which strongly rhythmise the facade. The building's two-part windows were given an L-shaped frame, which adds even more drama. The small area between the window and the railing can be used as a small balcony.

Round elements, such as windows or the shop window on the corner of Kaiserdamm/Königin-Elisabeth-Straße, are balanced with the angular details of the building, such as the windows.

The house was designed as a residential building for one and two-person households with small rooms. Shops were integrated on the ground floor, and a restaurant for the residents was planned on the ground floor in Fredericiastraßen, which was never realised. There were no kitchens in the flats, so some residents later put their cooker in the bathroom.

A residential building that was planned for unmarried and single people. Working couples were also considered, according to the wording of the late 1920s.

On this website are a historical picture and some drawings of the building.

On this website are a historical picture and some drawings of the building. 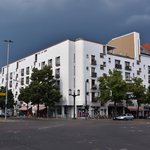 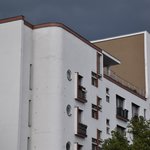 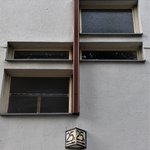 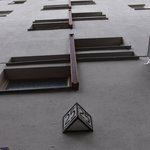 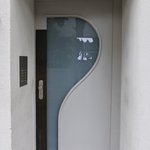 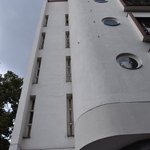 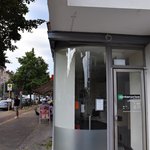 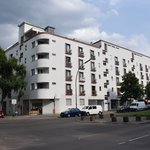 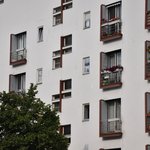 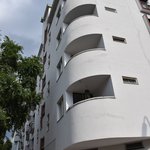 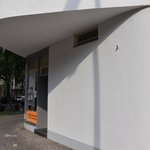 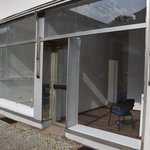 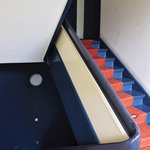 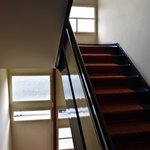 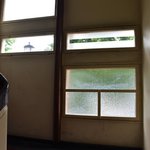 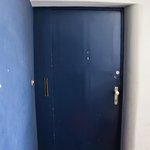