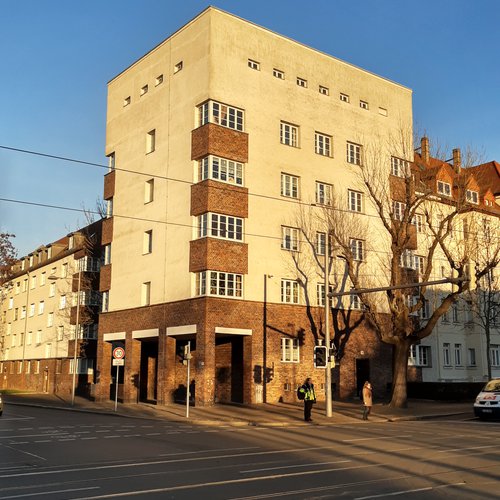 A large housing estate, which can seem to be a bit confusing on aa first view.

Ritter designed the houses fundamentally differently than his predecessor Bühring. He mostly omitted the north and south blocks. This means most of windows of all houses face east or west. This avoids having windows on the north side. In doing so, Ritter was already following the ideas of modern architecture. The continuous rows of houses also correspond to this idea. Most of the houses have a gablded roof, seldom a flat roofs like at Oststraße, the block in Stötteritzer Straße and Holsteinstraße 43. The corner windows of many blocks also bear the signature of modernism, as well as the round balconies. The residential area also includes some detached buildings in the north, i.e. in Lipsiusstraße and Oststraße, which filled gaps between older buildings from the turn of the century.

The block at Stötteritzer Straße is designed diffently as a five-storey building, characterizing the urban space at this junction very prominently. In the ground floor zone leads through Holbeinstrasse. a passage supported by 4 arrows. The house can be completely seen from all sides. The entrance, the ribbon windows of the stairwell and the elongated balconies are on the small courtyard side. The corner windows are typical to provoke lightness of modern constructions. The drying floors are located on the 6th floor. Unfortunately, the house's architect and developer are still unknown.

Officially this housing estate is not called "Reudnitz". We just gave that name for a more easy orientation according to the name of this part of the city.

From the early 1920s, the eastern area of ​​the street Riebeckstraße between Stötteritzer Straße and Stammstraße / Kurt-Günther-Straße was rebuilt. The Leipzig city planner James Bühring devoleped those plans. His successor Hubert Ritter continued the project. To the east he expanded the "Reudnitz" settlement between 1927 and 1930. Ritter's housing estate almost adjoins the Meyer's houses (Meyer'sche Häuser) at Hofer Strasse 18/18A-64/64A. This neighborhood of residential buildings is very exciting, as the Meyer's houses in Leipzig represent an older form of private housing construction, in order to offer people with lower incomes a good apartment with a green surrounding. 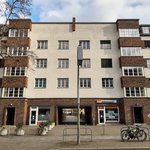 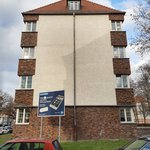 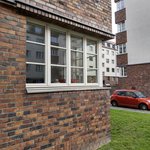 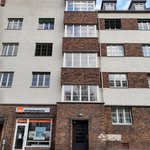 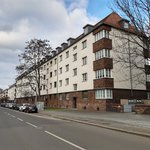 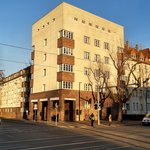 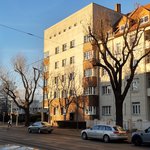 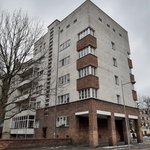 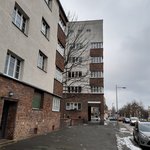 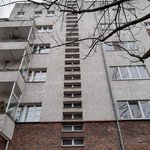 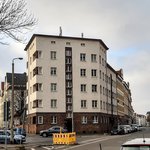 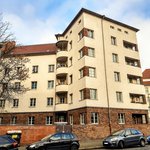 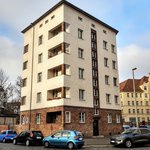