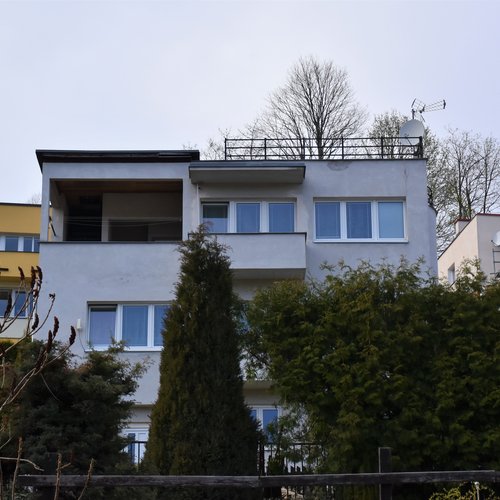 Alois Metelák designed his own villa.

Due to its location on the steep slope, the building has two visible floors on the north side, along the street. An entrance on the house's northwest corner leads into the house. The lower south side, on the other hand, has three floors. Two balconies were designed on the two upper floors in order to make sufficient use of the sunlight. In addition to the living room, Metelák's study was also located on this southern side. It gave him a perfect view towards the school (and maybe to control it a bit).

In order to avoid strict symmetry, the window on the first floor on the south side was designed as a corner window (but not on the second floor). On the second floor, the left part is not designed as a ribbon window, but as a loggia with a wall opening on the west facade. The roof was planned to be used as a terrace.

Alois Metelák planned his own house, which was built in 1931. It is located on a southern slope just above the glass school for which Metelák worked as the director. He also planned the whole structure of this small neighborhood above the school. 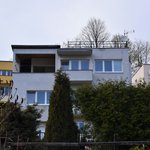 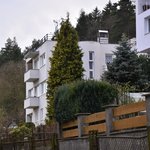 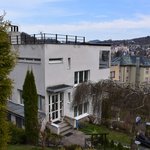 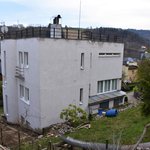