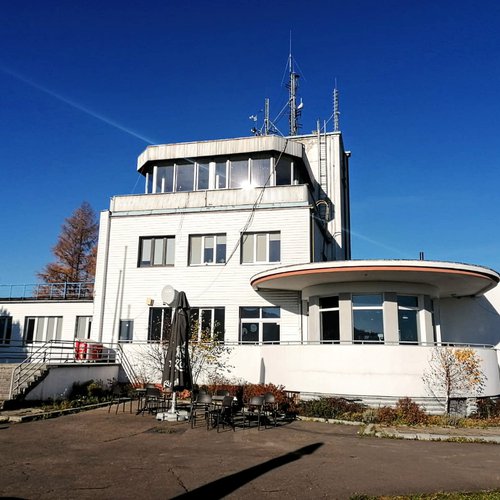 The airport of Bielsko-Biała is a great attempt in the search for functionalist architecture of the 1930s.

The building is situated on the northern edge of the airfield. Its north facade is designed as the arrival area for pedestrians and vehicles. The staircase tower with its four storey zones forms the central part of the entire building. The eastern and south-eastern sides are reserved for the round café. From this point visitors can observe the airfield. Next to the café stands the tower as the technical centre of the building, located on the second floor. In the west, the building ends with another low-rise building. Compared with a photo from the time the building was built shows that the construction of the control tower was added later. The former elegant, concrete awning was torn down for this purpose. In addition, the window on the fourth floor of the staircase tower was also installed later, as a small open terrace originally formed the end of it.

According to the information available to us, the airport was founded in 1933 and the architect Schayer designed this airport building in 1934. 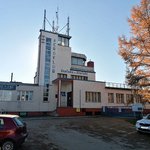 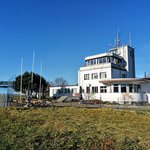 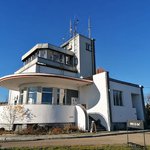 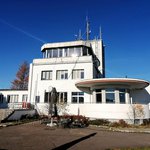 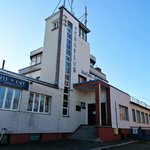 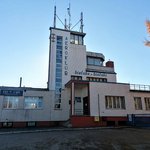