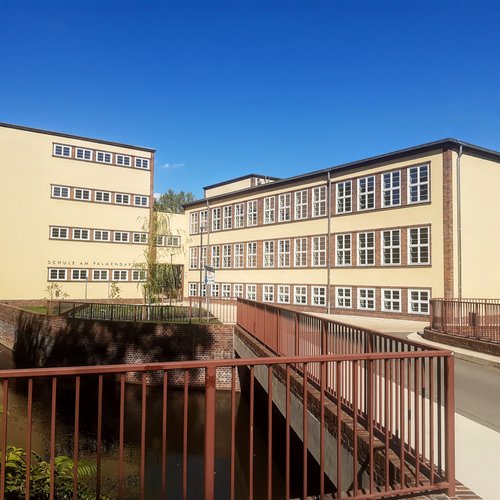 The location of the school is very remarkeable. In the south and west it is surrounded by the river Kleine Luppe. For this it was necessary to build a bridge from the main street Karl-Heine-Straße. To the north and east the school is situated to a park. As a result, the place is very quiet, perfect for a school.

The floor plan of this school was modified relating to the Leipzig standard school buildings designed by Hubert Ritter. In contrast to the other two tandard schools in Leipzig, only one part of the school was built. The double gym according to the plans was built. But the symmetrical school building in the north of the site was never built. That's one reason, why the school was formerly opened as a girls' school, because the building for boys was never built.

But als the buildings with the classrooms differ from the other two standard schools. In this case the school buildings do not surround the gym, but consist of three parallel buildings. These are connected with an arcaded sidewalk on the ground floor and a transverse hallway on the first floor. This transverse hallway is also connected to the fourth school building to the west and the gym to the east. The three middle school buildings feature their own stairways to reach the several floors. Each hallway of the school buildings is equipped with partitions to the classrooms. The upper part of the partitions is furnished with glass windows for better lighting of the hallways. The lower part houses lockers for the students or showcases for exhibits in front of specialist cabinets.

Commissioned by the city of Leipzig, Hubert Ritter designed this school and two more almost identical buildings, the 31st and 55th primary schools, which were to become standard school buildings in Leipzig. They were planned in 1927 and were built between 1928 and 1929.

The official designation for schools in Leipzig consists of an ordinal number, resuling in IV Girls' Secondary School. At the same time, some schools are also given school names, that remain very active among the local population. That it why the school is still called the Max- Klinger-Schule today. This name is still part of the metal entrance gate.

From 1952 to 2016, the building housed facilities for educational training, before it was extensively renovated over five years. The building received an extension in the west. This differs visually, but takes up the rhythm and the rough design of the listed area. The grammar school Schule am Palmengarten has been using the site since 2021.

On November 23, 2022, the Leipzig Cultural Foundation (Kulturstiftung) awarded the Hieronymus Lotter architecture prize to the Leipzig Education Authority for the excellent renovation of the school.

Some information and a video are shown on the school's website. 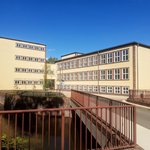 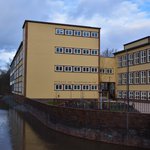 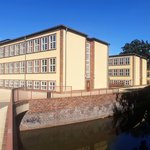 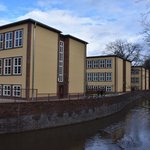 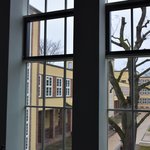 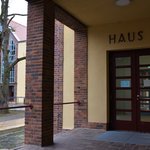 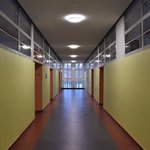 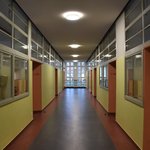 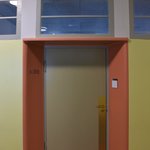 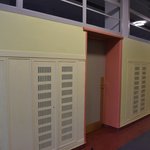 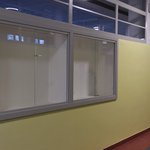 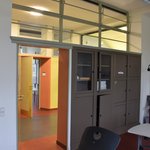 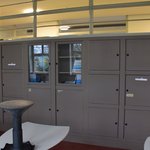 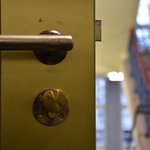 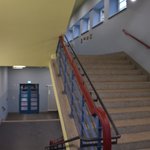 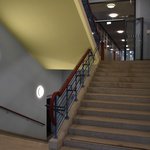 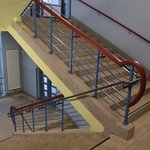 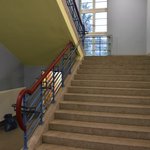 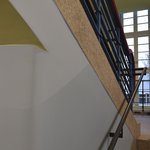 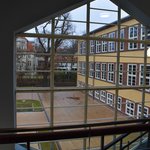 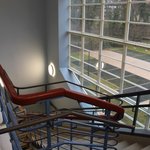 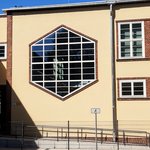 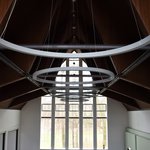 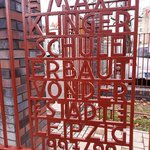