The Jewish community in Prague exists since the 10. century. For our period it is interesting, that during the First Czechoslovak Republic (1918-1938) they gained for the first time full rights as citizens in a democratic state. In the 1930s, the number of Jews, who fled primarily from Germany, increased in Czechoslovakia. Prague became the main place of refuge. In 1939, the persecution and systematic murder of Jews on the territory of occupied Czechoslovakia killed about 80,000 of the former 118,000 Jews in Czechoslovakia. Before World War II, 39,395 Jews lived in Prague, of whom only 7540 survived. 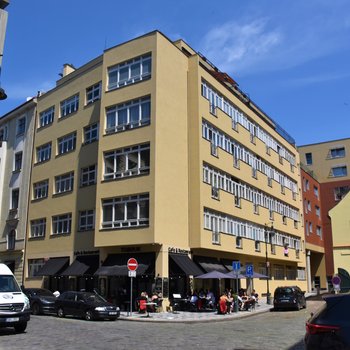