Member of the Böhm family, that produced hats. His grand-father Bernard Böhm founded the first factory for producing textile in Vienna in 1848.

Later, the company expanded to Nový Jičín, Czechia. The sons of the founders became responsible for the management. Then, in 1884, the third factory was opened in Prague. During this time, the company  advanced to become the largest manufacturer of hats in the Austro-Hungarian monarchy. Viktor Böhm took over the management of the company in the period around World War I. He decided to build new, elegant flat houses on the site of the former factory. When the houses were finished, the family tried to sell the company. As they were Jews, they tried to save themselves from the approaching Nazi violence. In the end, the sale did not succeed and the Nazis got the company. In 1939, Viktor Böhm and other family members managed to flee to the USA. As the hats sold very well abroad, including in the USA and Australia, contacts were certainly made for the family to facilitate their escape to the USA. The remains of the company were nationalised after World War II. 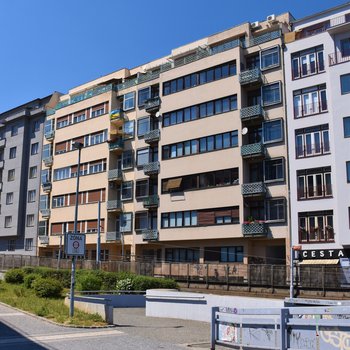