Member of the party NSDAP since 1928, which is why he received many orders after 1933. He was considered one of the most important architects in the Nazi era. After the war he was interned in Bautzen until 1950. In the first years of the GDR he received many orders again. He helped design the Stalinallee in Berlin. In Leipzig he participated in many plans for new street and town planning, e.g. the Ranstädter Steinweg or the Soviet exhibition pavilion on the old exhibition grounds. He was partly responsible for the demolition of many historical buildings in Leipzig. Due to his Nazi past, he was released in 1963 before he got retired. 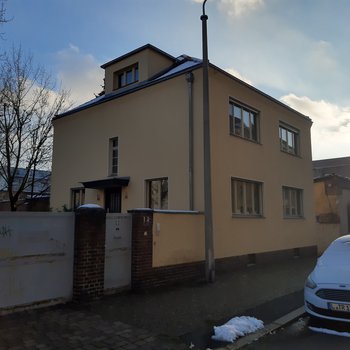