It is said, that he studied at Vysoká škola architektury a pozemního stavitelství v Praze, that is most probably ČVUT. He started to work at the Prague Civil Engineering Office and wrote his dissertation on "Návrh lidových lázní na ostrově Štvanici" (Design of public baths on the Prague island of Štvanice). For his whole life he dealt with the question of typification of housing, which was also applied to the construction of the garden city Spořilov in Prague. Shortly before World War II, he was active in South Bohemia to build the Czechoslovak fortification zones against Germany. During the war, he worked for the Prague magistrate mainly to design fire ponds. After the war, he conducted negotiations with the US Army, which planned buildings on the territory of Czechoslovakia. As the geopolitical situation changed in 1948, he was involved in the typification/standardisation of housing almost until his death. 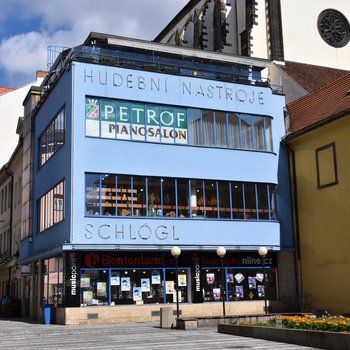