He carried out a number of buildings in Zlín, the Přerov region and three guesthouses in Luhačovice.

Viktor Jandásek graduated from a grammar school in Přerov (1920–1924) and an industrial school of construction in Brno (1924–1928). He completed his post-graduate internship in Prague, first as a reinforced concrete worker as a construction draftsman and then continued in Milan Babuška's design office as a designer and constructor, later as a constructor for reinforced concrete (1929–1933). In 1933, Viktor Jandásek returned to the family business and worked in his father's construction office. In 1936 he obtained a concession in Zlín and a loan from his father to start the company. In the years 1938–1941, he managed to obtain orders from the city's clientele and employed up to 200 workers and masons. It was a time of the company's greatest prosperity.

In 1948, his construction company was nationalized and, as part of the Czechoslovak construction plants, incorporated into the company Pozemní stavby Gottwaldov (between 1949 and 1990 Zlín was renamed). Jandásek was employed as the head of the entire construction administration, later he was moved to the Ostrava region and at the end of his life he returned to the Gottwaldov Civil Engineering as a structural engineer. Until his death, as a former private entrepreneur, he faced constant persecution by the police. Jandásek suffered a lot and died on September 21st, 1959 in Gottwaldov. 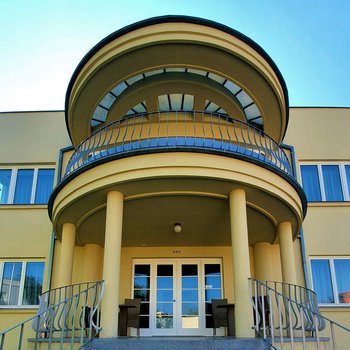