The master of Italian train station architecture. He has been built at least 29 train stations between 1925 and 1949 and at least five more until 1970. Furthermore, he designed many post and telegraph offices in Italy.

He became a designer for the Italian state railway company. Before he obtained a diplome from the Rome Arts and Industry Museum in 1909. He continued studying at the Regia Scuola Superiori di Architettura in Rome between 1920-23, becoming an architect and engineer. 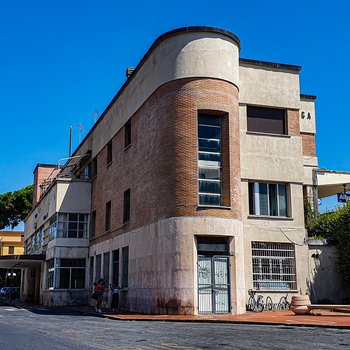