As can be seen from his name, Otto Kohn came from a Jewish family. In the Czech Republic, he designed numerous buildings with his brother Karl. Due to the German occupation of Czechoslovakia, he fled with his family to Quito, Ecuador. There he continued his work as an architect and taught architecture at the university. At the end of the war, he moved to the USA with his family. It is often mentioned that he is the biological father of the Czech movie director Miloš Forman (One Flew Over the Cuckoo's Nest). 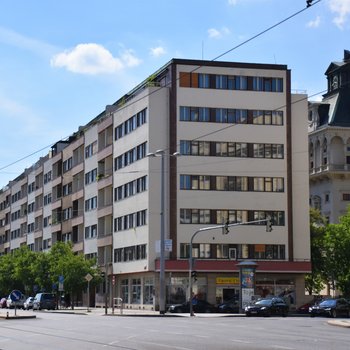