The following texts is a short version tranlated from Czech about the architect: https://www.ibrno.cz/historie/59644-osobnosti-brnenske-architektury-miroslav-kopriva.html

Kopřiva enrolled in the Department of Architecture and Civil Engineering of the Czech Technical University in Prague in 1912. He finished studies in 1920, due to four years of military service. In Prague he started his own independent career as an architect and urban planner. Urbanism was his major subject and he planned many new settlements in smaller towns, mostly in the east of Slovakia. Kopřiva returned to native Moravia and from September 1, 1920, Kopřiva joined the Provincial Political Administration in Brno until October 30, 1921.

The architect opened his own office on November 1, 1921, which he successfully operated until July 31, 1935. These almost fourteen years belong to the most fruitful period of his work, because at that time he designed and partly implemented almost two hundred regulatory and urban plans, projects of public buildings, financial institutions, churches, chapels, schools, falconry, post offices, medical institutions, commercial and industrial buildings, rental and family houses and interiors.

In 1935, Kopřiva became head of the technical department of the city of Košice, Slovakia. He designed an obelisk for the state flag on the square in front of the Cathedral of St. Alžběta, demolished in 1939, because of the political changes in Slovakia. He also made a significant contribution to the realization of the Exhibition of the East of Czechoslovakia in Košice (1938), when he created a design for the exhibition centre and some pavilions. At that time he was already working as a full professor at the Košice University of Technology dr. M. R. Štefánik. Already in 1942 he was elected dean of the local faculty of civil engineering; however, for his position against the regime of the fascist Slovak state, he was never officially confirmed in this position.

On September 1, 1947, he returned to Brno and started to work as a professor and head of the Department of Civil Engineering of the then Beneš's Technical University, today's Brno University of Technology (VUT). During his time at this institute he educated several generations of architects.

In 1960, M. Kopřiva was prematurely removed from his position at Brno University of Technology without being allowed to complete his work, which at that time focused mainly on science. We do not yet know the reasons for the termination.

On this homepage you can find a lot of his projects and private photos:http://madr.cz/miloslavkopriva/ 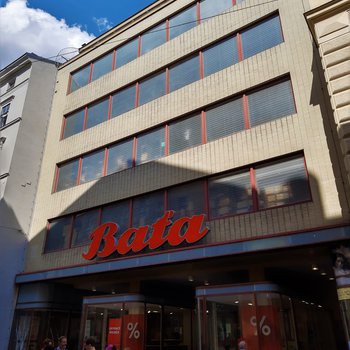