Heilmann was very connected to the topic of water. In addition to his work for the municipal building office in Halle (Saale), he was a professor for water supply at the Technical University of Dresden from 1920 to 1933. In Halle he designed the Giebichenstein Bridge and Forstwerder Bridge. He remained active during the National Socialist period in Germany, also as a member of the Nazi party NSDAP. After World War II he became a member of the NDPD. This party supported the course of the socialist party SED. Heilmann attained high positions in the fields of architecture and politics. 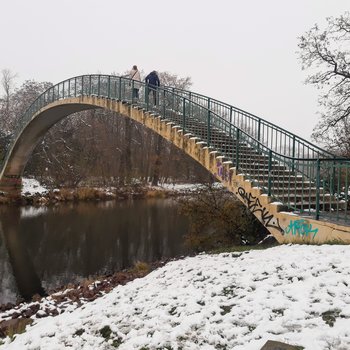