Rutgers was born in the Gelderland town of Ellecom as the son of a contractor but soon moved to Amsterdam to practice architecture. In that city he would live and work his whole life. Rutgers is considered the most productive architect of the Amsterdam School. His oeuvre mainly includes housing blocks with approximately 7000 houses. In addition, he designed numerous villas, and some churches, hotels and mansions. He was also engaged in applied art and designed some interiors.

Until about 1920 Rutgers' work was strongly inspired by Berlage's designs and for several years he was active as a municipal architect. Then his work developed entirely in the spirit of the Amsterdam School. After that Rutgers remained active in the building world for a long time but he did not produce any more special designs.

Today Rutgers is a somewhat forgotten architect. Several of his works are recognized as monuments. 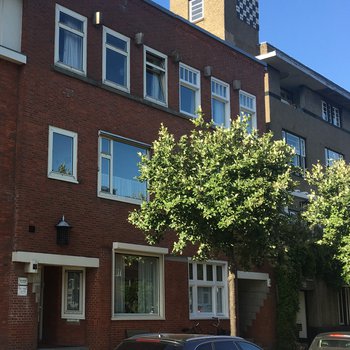