Fritz Reichl studied in Vienna. First at the Vienna Kunstgewerbeschule and at the Vienna Technical University from 1908-1914. Most of the time he worked in several architectural offices. In 1925 he opened his own business. Most of his puristic and unobtrusive buildings he realised in Vienna. But because of his Jewish background he went to Turkey in 1939. After World II he went to the United States. There he went to Los Angeles and started to work in the office of Richard Neutra. 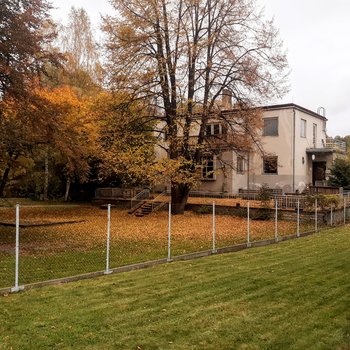