He studied architecture, urban planning, history, art history and sociology at the Technische Hochschule in Berlin-Charlottenburg from 1905-1909. Later he worked as an architect and urban planner in Berlin. He realised several buildings in the modernist style.

Due to his Jewish origin, he emigrated to Great Britain in 1933. His wife, who remained in Berlin, was murdered by the Nazis in 1942.
He worked as an urban planner in London from 1935 to 1939 and returned to Germany once more. He was an advisor to the British Reconstruction Control Commission at British Zone headquarters from 1945 to 1947, but left it as a protest at its bureaucratic approach. After the war, he married a second time and moved to Philadelphia in 1956 to take up a position as a professor. 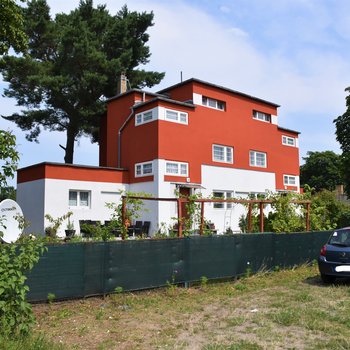