He studied at the Prague Technical University with Josef Schulz and Jan Koula between 1903 and 1909. That means, he was influenced by all historical styles typical for the 19th century. After working in several offices he became member of the studio Dušek - Kozák - Máca after World War I. He worked first in styles of neoclassical art nouveau, later in Cubism and finally in Modernism. His most productive time was in the 1920s and 1930s in Prague and Bohemia. Some few projects he realised in Moravia and Slovakia. 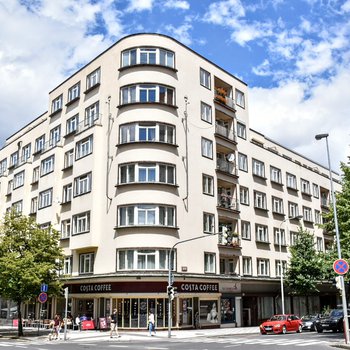