Antonín Tenzer was a pupil of Pavel Janák, who designed buildings in the interwar period as well as post-war architecture in socialist realism and later in the international style. He was one of the leading representatives of Czech modernist architecture.
He first graduated from a woodworking school and studied architecture at the Prague School of Applied Arts (Uměleckoprůmyslová škola) with Pavel Janák, and during his studies he worked for Jaromír Krejcar, where he gained practical experience. After completing his studies, Tenzer designed public buildings, school buildings and prominent institutions. In 1939, he participated in a competition for new buildings for the natural history collections of the National Museum in Prague. Like many architects and left-wing intellectuals, he joined the Left Front and the Union of Socialist Architects and then the Communist Party of Czechoslovakia. He founded a studio with Richard F. Podzemný, a classmate from the Valašské Meziříčí and in 1939 he returned to Valašské Meziříčí. He actively participated in the resistance and after the betrayal in 1944 he had to hide from the Gestapo. After the war, he and Podzemný rebuilt the studio, but it got quickly nationalized. He had to work for the state-owned Stavoprojekt.

Especially in the first half of the 1950s, he became involved in the Union of Architects, co-renewed the Bloc of Progressive Architects and rejoined the Communist Party of Czechoslovakia. He realized his fundamental works during two post-war decades - the new village of Lidice and three large buildings in Prague: the Vysočina polyclinic, the Hotel Jalta and the Motol children's hospital. He retired in 1974, but he still got invited to juries, gave interviews and was regarded as an architect of the avant-garde and a witness of all key moments in the history of twentieth-century architecture. On May 11, 1999, he received the Community of Architects Award (Cena Obce architektů) . 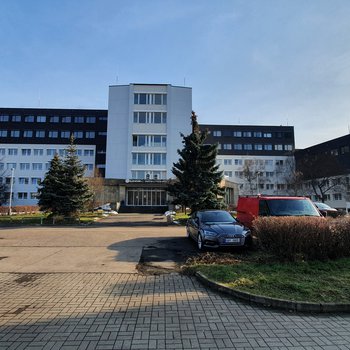