He worked for several years with Eugène Monod and successfully participated in architectural competitions in Switzerland and abroad. In addition to designs for villas, bank and factory buildings, he was also involved in interior design and furniture design. He later became professor of architectural theory at the ETH Zurich and was founding member of the School of Architecture at the Technical University of Lausanne.

Laverrière was a founding member of the L'Œuvre association and a member of the Swiss Association of Engineers and Architects and the Federation of Swiss Architects. In 1953 he received an honorary doctorate from the University of Lausanne. 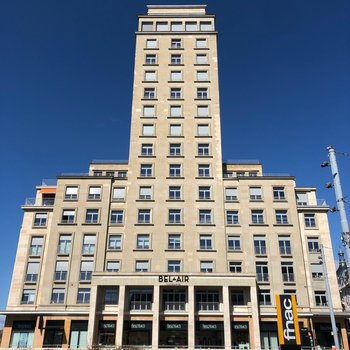