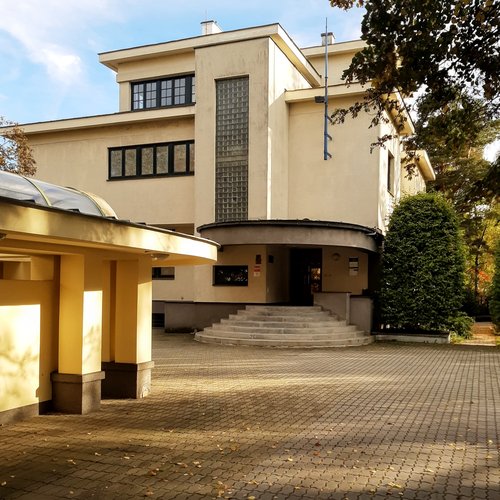 A villa of a once influential family in České Budějovice

The two Prague architects Stránský and Šlégl designed a very massive-looking villa. It was probably intended to symbolise the influence of the Zátka family in the city. The large cornice on the house's top emphasises this impression even more. Several projecting and receding parts of the facade give the house its rhythm and are intended to refer to the different functions of rooms. The ground floor was once also reserved for representative functions, while the family's living quarters were located on the two upper floors.
Individual window zones soften the heaviness of the house, such as the ribbon window of the staircase at the entrance or horizontal ribbon windows on the garden side. The entrance was particularly emphasised by tapering the stairs towards the top and thus leading the view into the house. A canopy has been stretched over the stairs in a very stately manner. On the garden side, a terrace and pergola complement the architecture of the house and lead into the garden as light contructions. The garden was desidned by Stránský, who planned the planting of trees and bushes.

Click here to see pictures of the interior and a historical picture. The proximity to the Institute for improvement of trades can be seen very clearly in the historical picture. Due to the strong tree growth, this view is no longer possible today. As a result, this place of modernity is not immediately visible.

The villa was built for Miroslav Zátka and his family between 1932 and 1933 . They lived just for a short time in the house. The German occupants decided that the Zátka family must leave the villa. After World War II the houses was used as a kindergarten. After the restitutions at the beginning of the 1990s, a private company bought the building, which uses it for its representative purposes to this day. 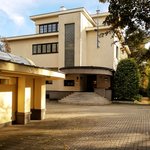 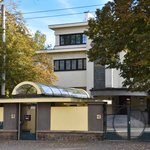 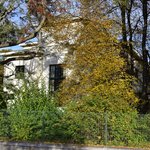 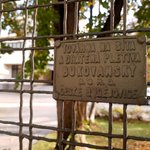