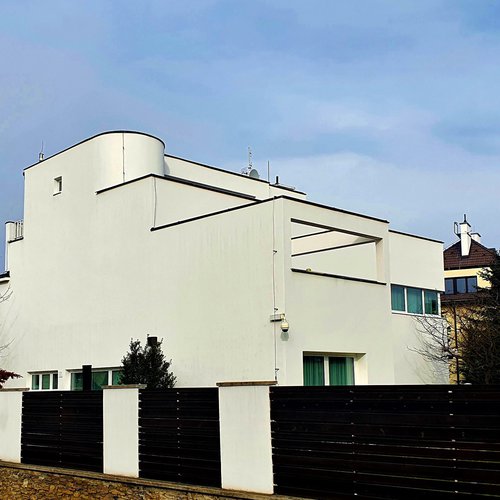 A striking architecture with a lot of details.

The construction is made of a reinforced concrete frame with brick and thermon-concrete lining. The house is plastered with white lime plaster. The villa has a flat roof that was used as a sun terrace. It stands on a gentle slope with a higher point on the south side and can be easily seen as it is located at a junction with three roads.

The house consists of four floors. On the north side is located the entrance and the garage on the basement. On this side are visible three main distictive architectural features. A diagonal staircase on the outside of the villa leads to its ground floor with a door. The staircase continues along the exterior to the first floor of the house. In this area, the staircase reaches into the internal house structure, creating a canopy at the entrance door of the first floor. The parapet of the staircase, which stands in front of the main facade, is used to create a kind of roof and ledge above the first floor. The interesting staggering of the facade leads to the parapet of the terrace on the second floor. The terrace is connected to the living area of the upper floor. All windows on the ground floor and the first floor are designed as narrow window strips on this north side.

On the east side leads a second stair to the ground floor.

The south facade is rhythmized by a horizontal window strip on the first floor and a staircase to the garden. The space of the second floor is mainly used as a sun terrace. Only a small living area is inserted on the northwest corner of the second floor .

This structuring of the house can best be seen on the west facade. An effective architectural element illustrates the rounded corner of the upper floor.

In the first years the house was divided into different zones. The basement served as the caretaker's apartment, the laundry room, a boiler room, a coal storage and the garage.

On the ground floor there were two rooms. One facing south and on the north side was space for a small kitchens, baths, toilets and a maid's room. That's why the windows on the northern side are small and narrow to achieve a more privacy inside. Behind the windows of the first floor were originally a bedroom, dressing room, bath, toilet, kitchen and the maid's room.

On the southern side of the first floor the owners used to have a large living room and dining room. The dining room was connected with the terrace, having a fantastic pergola formed of concrete. Stairs are leading from the terrace to the garden.

The architect Smetana designed the house for Marie Šajnová and František Šajnový. We do not know more about them. It is mentioned, that Petr Pícha and the couple František Miška and Ludmila Píchová became co-owners of the house. The year remains unclear. Probably the Píchas were related to the Šajnovýs. František Miška was an famous post-war actor and director with an international reputation, Ludmila Píchová was a well-known and respected actress.

After the war, the house was divided into several housing units (including the basement). However, Pícha and the Miškas were forced to keep the house in their own ownership and they were responsable for the maintenance. František Miška then apparently decided to sell the house to the Chamber of Deputies.

Today it is used as the the residence of the chairman of the Parliament.

Most of the information were taken from Zdeněk Lukeš's article in Lidové noviny (1/1/2015). 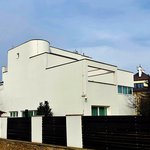 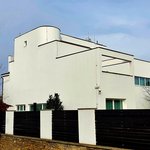 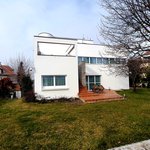 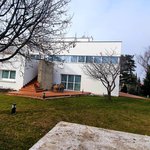 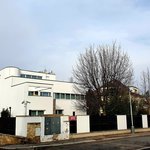 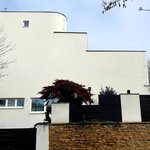 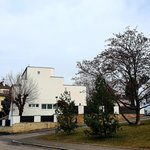 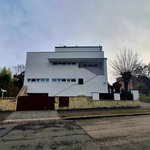 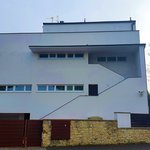