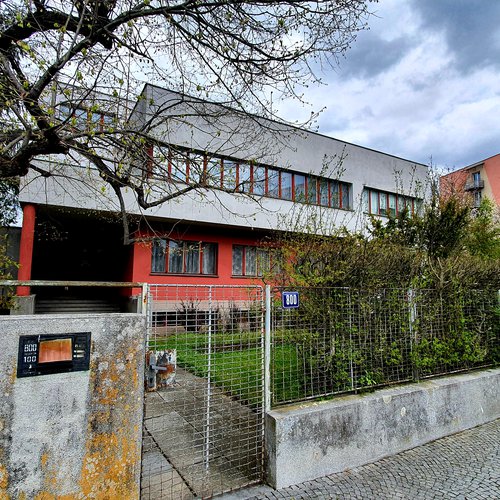 An architectural pearl of the Vysočina region.

The house was built as a mixture of reinforced concrete construction and masonry. The "front" of the house faces southwest towards the square in front of it. Typical for a Gočár's buildings is the column on the left edge next to the staircase. The ground floor has several windows. The first floor above has two zones with ribbon windows. This makes the house appear very impressive. The architecture of the house is enhanced by the fact that the first floor on the left side is not extended to the left and that the second floor is set back. The east side of the second floor is opened up and spanned by a pergola, creating interesting structures by the shadows.

The ground floor was used for the owner's company as an office, waiting room and sample floor. The ground floor is therefore deliberately highlighted in red on the outside.

The flat was located on the first and second floors. Med lived in the house with his wife and three children. On the "back" of the house, facing north-east, is another entrance door.

The house was built from 1933-1934. The owner was expropriated in 1948 and a health centre was established in the house. Intensive alterations were made in the process. After all, the house was listed as early as 1958 by the Czech National Heritage Institute. 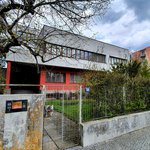 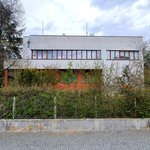 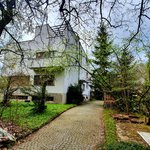 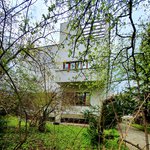 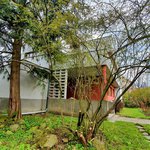