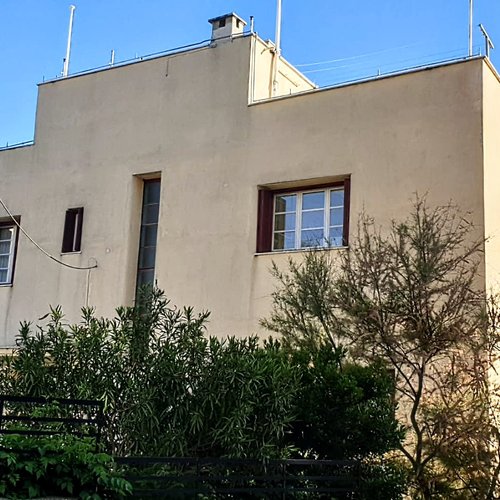 The north-east facade runs along the street with two floors. The house's location on a slope to the south side allows the use of the basement as one more floor. While construction works were still going on, the architect Panagis Manouilidis decided to transform the basement into a floor with a terrace. This gave the house access to the garden and a second view over the sea as from the balcony above the terrace. The various blueprints can be seen in the source mentioned here.

The house's interior and furniture were designed by Axel Einar Hjorth (1888-1959), at this time chief architect at Nordiska Kompaniet, a Swedish department store, which supported art and design.

In this video parts of the interior are shown.

Kavala was an important place for the Greek tabacco industry. Many countries had built houses in Kavala serving as residences for business partners of the tobacco companies. The Swedish tabacco company made its decision to build a house relatively late. This makes the style different from the other houses in Kavala. The houses of the other companies were all planned by architects from abroad. The Swedish house was the first in Kavala to be designed by a Greek architect.

The house once stood alone on that hill, however, a whole new residential area has been erected around it. Until today it is still used as guest apartment. 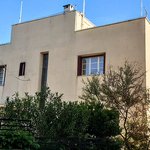 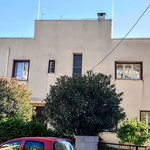 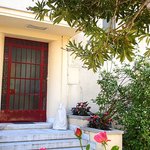 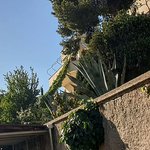 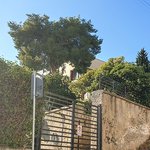 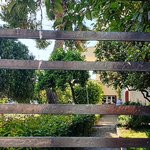