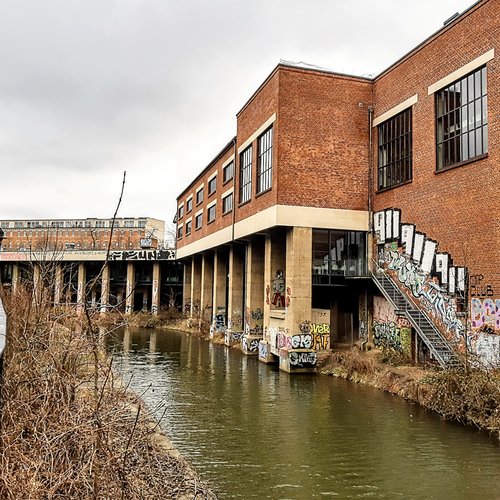 101 reinforced concrete pillars support the building on the slope, leading to house's nickname stilt house. This kind of construction is unique in the interwar architecture. The construction of the 1 x 1 metre pillars corresponds to the regulations of the so-called air-raid protection as part of the preparations for war at the time. Each pillar was supposed to carry 1000 kilograms of rubble. The former storage rooms, which are used for different purposes today, rest on the pillars.

Wilhelm Frosch and Rudolph Grohmann opened the first smaller production halls for a corrugated sheet rolling mill and a galvanising plant directly on the canal called Karl-Heine-Kanal in 1889.
The plans for the building were ready in 1937. Although a widening of the canal for shipping was still being considered and thus there would have been no space left for this building, the mayor of Leipzig decided in 1938 that the factory could be built because it served the war production. In addition to various products for the military, fuselage plates were produced for submarine and aircraft construction. After 1945 until 1990, the building was used by the neighbouring company VEB Bodenbearbeitungsgerätewerk. In the following years the building abandonded and was extensively restored from 2001 to 2003. 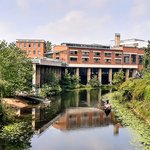 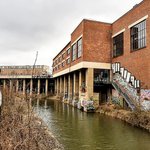 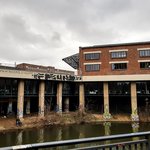 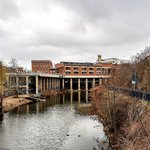 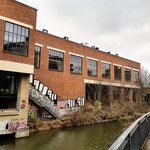