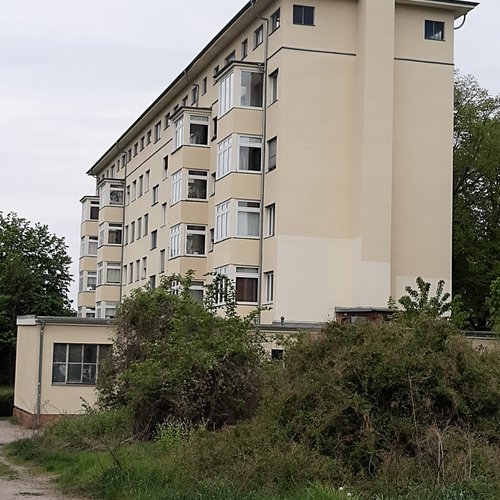 Visually, it is probably not a star among modern houses. But in terms of the construction, unlike many other traditional brick houses of its time, it is an experimental innovation. For the Leipzig construction fair (Baufachmesse), four house types were experimented in Leipzig. The steel house is a steel skeleton structure. This type of construction can be seen as an early expression for the search of standardized construction. All flats on all three entrances of the block are all different in size.
Steel beams are the basic pillars of the house. All doors in the apartments have thick steel frames. The staircases are also made by steel. Light panels for the partitions in the apartments are hollow, which makes hanging heavy pieces of furniture impossible to this day. The doors to the back of the house and the apartment doors themselves are made of wood. Originally, steel frame windows were installed like today only for the stair case windows and the windows at the top floor, which is for drying the owner's laundry. All other windows had wooden window frames s. The house was modernized in 2017. As a result, all of the apartments were given plastic windows. Only the metal staircase and dry-floor windows, as well as front doors to Zwickauer Straße, were originally preserved in steel. The apartment on the far right on ground floor still has wooden windows because the residents didn't want plastic windows.

During the Second World War, flak was installed on the house to protect the nearby gasometer.

To the south of the house is the former small boiler house. The former chimney can still be seen on the south facade of the steel house. A public laundry was also housed in the building. 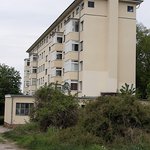 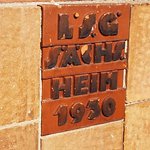 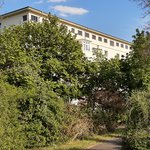 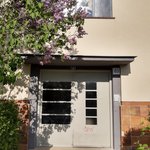 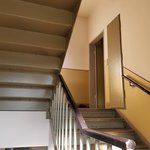 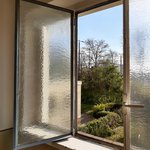