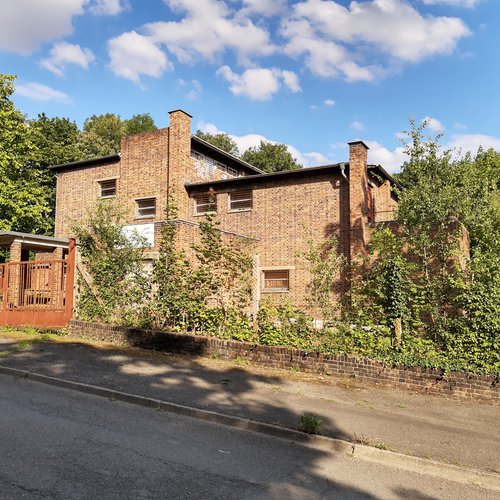 This is the first building in Gera with the idea of Modernism in Architecture.

The terrain slopes gently to the southwest. The architecture adapts to this landscape. The southwest facade is terraced with the help of two smaller cubes outside the main house, following the sloping hill (This structure can be seen on the pictures showing the northwest facade). The main house was equipped with the kitchen, the living room and on first floor with a nursery. The medium sized cube towards southwest was the lady's room, on the first floor her and his separated sleeping rooms. The smallest cube facing southwest was the gentleman's room, probably once with the perfect view over the city. Above this room was created a balcony. To the southeast is added a medium cube, that was used on the groundfloor as a dining room and on the first floor as a room for guests. The elongated form of the two smaller structures is also referred to as the "windmill wing" ground plan, developed by Frank Lloyd Wright. The balcony to the south on the first floor symbolically forms an architectural bracket for the building sections. It is connected via a door to the main cube in the northwest, but also via doors to the two medium-sized house cubes, one facing southwest, the other southeast. The construction of Meyer's house is masoned and cladded with coloured clinker of the type Buca. Vertical sliding windows were inserted. For this project, Schoder for the first time uses clear design principles of modernist architecture, such as a flat roof, cubic structures, smooth and plain facades and he also strongly emphasises the corners. However, the fact that this house is not yet absolutely modernist in its formal language can be seen not only in the masonry but also in the eaves, which project beyond the facade at the upper end. The interieur of the main living room were combined in red bricks and grained wood paneling and warm tones of the Solnhofen limestone slate.

It was build by Thilo Schoder for Wilhelm Ernst Meyer, director of the textile company Ernst Friedrich Weißflog AG at the street Reichsstraße. The house was already build with garage. The building permit is dated with November 23rd, 1926, the last revision of the house took place on June 15th, 1927.

Until 1999 the building was used by the broadcasting company MDR Thuringia. Although the house subsequently became the property of the family, it is still uninhabited and has not yet been renovated.

Since the house is a listed building of the National trust, according to laws this historic building has to be kept. The exterior original condition is documented as almost complete. The interior, however, was extensively changed. 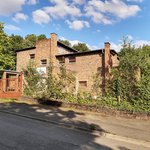 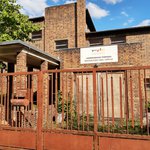 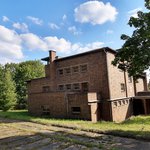 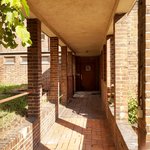