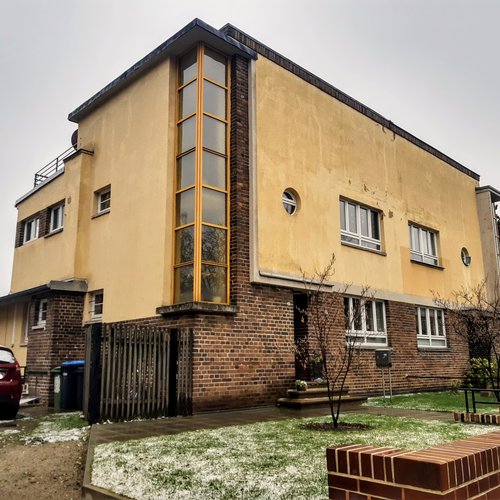 The only semi-detached house by Thilo Schoder in Germany.

With a few minor exceptions, the house is in its original condition. These include the ochre paint, the doors. Unfortunately, the windows got plastic frames.

The house has two identical living areas, which are arranged in mirror symmetry. To the left and right, vertical windows mark the staircases, quite typical for Thilo Schoder's work.

The sculptural concrete profile along the north-west facade is interesting. It could give the impression that the house is made of reinforced concrete. However, it is a brick building that also bears clinker bricks as ornamentation in addition to the concrete strip.

The the second floor in the upper part of the house displays an unusual facade without windows. It gives an impression of a slight disregard for common notions of proportion. The terraces of the second floor are facing south-east and the rooms were used as drying rooms in the first years.

The south-east facade is terraced towards the gardens and is not very modernist in its design.

The two owners were owners of the building company Bauhütte Ostthüringen. On their behalf, Thilo Schoder built the hosuing estates in Meuselwitz (Altenburger Straße 56/58) and Saalfeld (Gorndorfer Straße 39-43). These houses are not presented on this page and probably will not be included due to the massive conversions and disregard for monument protection.

The construction plans date from June 1927, and the house was completed in August 1928. Since Bauhütte Ostthüringen filed for insolvency in mid-1927 and Kurt Döberitz was dismissed, the house was sold by forced auction to the city of Altenburg. Whether the two subsequently lived in the house cannot be reconstructed with the available literature.

The current owners received a small sum of money from the Altenburg Historic Preservation Office in 2019, which emphasised the careful restoration of the interior. The renovation of the facade is probably planned. 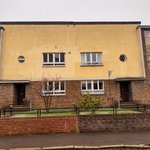 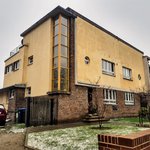 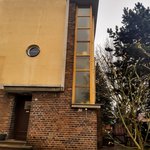 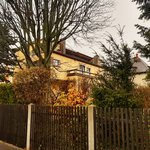 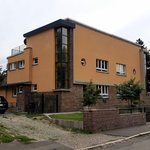 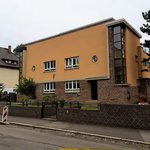